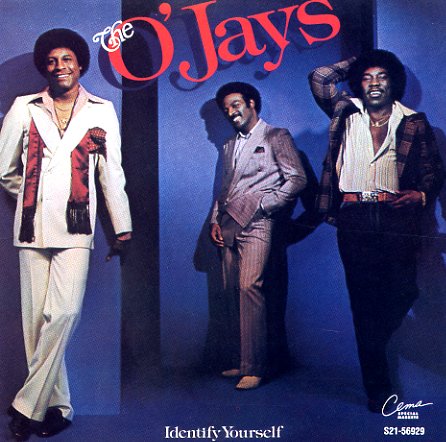 The O'Jays keep on going strong – hitting a smooth mellow Philly vibe that takes them away from the style of their mid 70s hits! The sound here is a bit more uptempo than on the previous album So Full Off Love – but the group are still also really using the time to explore their mellower side – kicking back in a warm and sophisticated mode that really shows the Philly sound growing up at the end of the 70s. Ballad highlights include the mellow stepper "Hurry Up & Come Back", plus "Forever Mine" and "I Want You Here With Me" – and more uptempo cuts include "So Nice I Tried It Twice", "One In A Million", and "Sing A Happy Song".  © 1996-2022, Dusty Groove, Inc.
(Still sealed, with a cutout hole and smaller Nice Price sticker.)

So Full Of Love
Philadelphia International, 1978. Near Mint-
LP...$11.99 13.99
A masterpiece of modern soul that shows The O'Jays working in a style that would become their dominant mode for the next decade – not as upbeat and club-oriented as in the mid 70s years, with a sweet, sophisticated modern soul approach that really let the group grow stylistically. Mellow ... LP, Vinyl record album