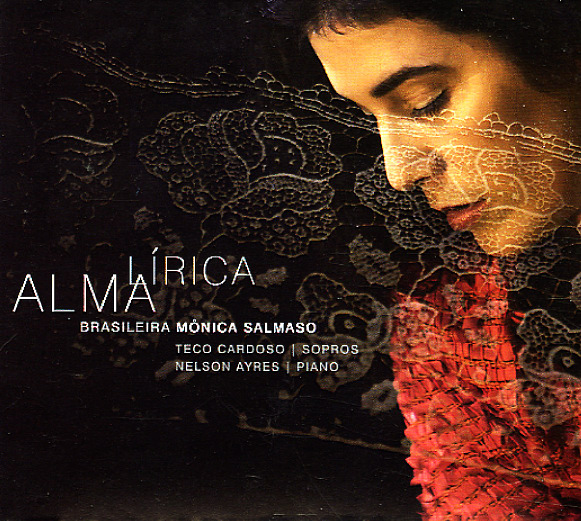 One of the most intimate records we've ever heard from Monica Salmaso – a set that mostly just features the piano of Nelson Ayres and a bit of flute from Teco Cardoso! The light instrumentation is mighty nice, and seems to bring out an even richer style in Salmaso's vocals – a more serious side we didn't even know she had, but which really seems well-suited to the material. Titles include "Labios Que Beijei", "Cuitelinho", "Derradeira Primavera", "Hoite", "Veranico De Maio"', and "Trem Das Onze".  © 1996-2022, Dusty Groove, Inc.
(Out of print.)