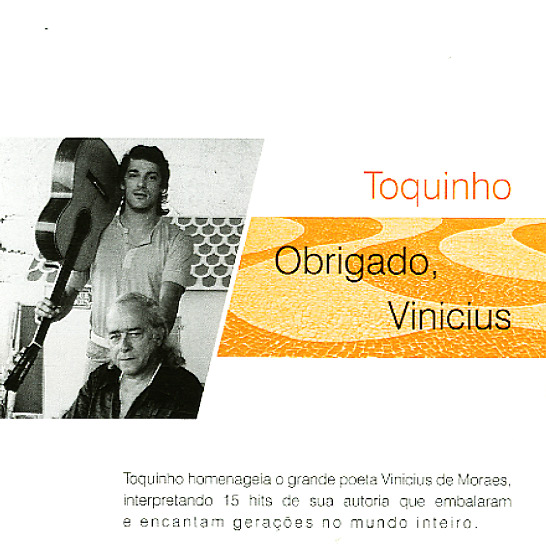 A contemporary set, but one with a very classic bossa feel – maybe even more so than most other recent work from Toquinho! As you'd guess from the title, the album pays tribute to Toquinho's frequent musical partner of the 70s – poet and lyricist Vinicius De Moraes, the man whose words really opened up the music of Antonio Carlos Jobim, Baden Powell, and many others! The set features some of the best tunes from the Vinicius songbook – sung by Toquinho alongside his own acoustic guitar, with some light jazzy backings that include a bit of alto sax and trombone. The main focus is on Toquinho, though – who really sounds great, and more personal and powerful than we remember in years. Titles include "Canto De Osshana", "Apelo", "Samba Em Preludio", "O Amor Em Paz", "Berimbau", "Eu Seu Que Vou Te Amar", and "Coisa Mais Linda".  © 1996-2023, Dusty Groove, Inc.
(Out of print.)

Doris Monteiro
Todamerica/Inter CD (Brazil), 1950s. Used
CD...$11.99
Beautiful early work from Doris Monteiro – a great little set that brings together a range of material originally issued as 78rpm recordings – relatively obscure sounds from the years before she became one of the first interpreters of the music of Jobim! Titles include "Cedo Para ... CD