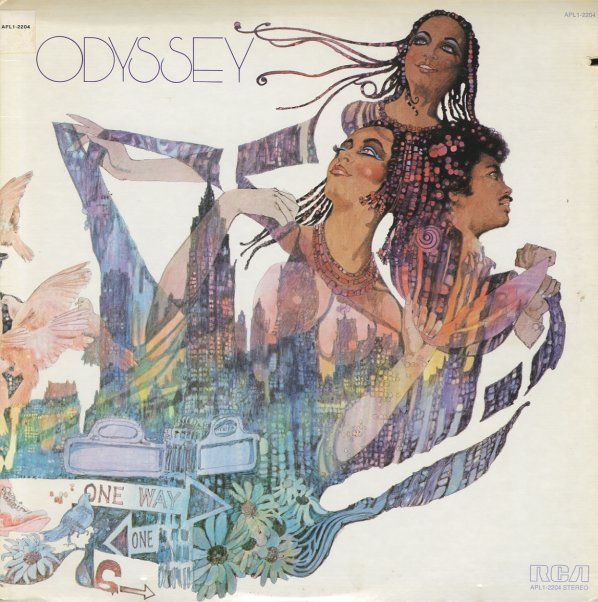 A crossover classic from the late 70s – a record that was born in the clubs, but bred in the mainstream – and the start of a very good relationship between Odyssey and RCA! The album will forever be known for its classic cut "Native New Yorker" – a seminal groover that balances disco rhythms with mainstream 70s soul – but overall, the record's got even more to offer than that gem – including some surprisingly well-done mellower cuts that really make great use of the vocals of Lillian and Louise Lopez. Production is by Sandy Linzer and Charles Calello – the latter of whom is clearly right at home with the groovers – and in addition to "Native New Yorker", other cuts include "Ever Lovin Sam", "You Keep Me Dancin", "Thank You God For One More Day", "Weekend Lover", "Easy Come Easy Go", and "Golden Hands".  © 1996-2022, Dusty Groove, Inc.
(Includes printed inner sleeve. Cover has light wear and aging, an index label, and a name in pen on both sides. Labels have a name in pen.)

Eaten Alive
RCA, 1985. Near Mint-
LP...$9.99
Michael Jackson gave Diana Ross the big title hit for this set – a track that also features his own guest vocals too – but most of the record was handled strongly by Barry Gibb, who not only co-produced the set, but wrote most of the material as well! Ross has a strong crossover feel ... LP, Vinyl record album