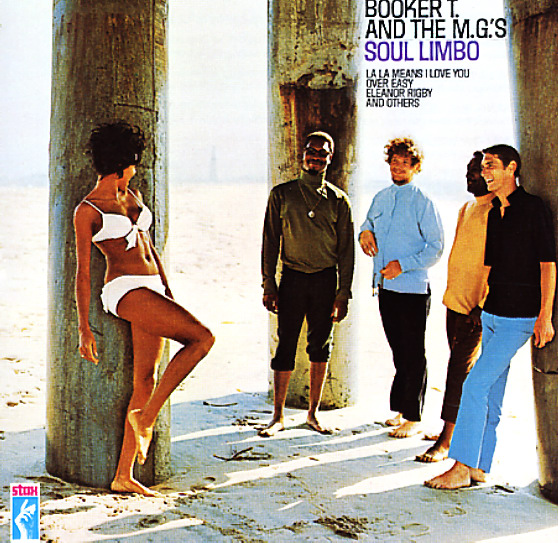 Very hip work from Booker T & The MGs – an album that has them standing out under a pier by the ocean on the cover – clearly a long way from their Memphis roots! The sound here still has a good dose of those roots, though – but it also shows them picking up some hipper rhythmic touches too – heard most famously on the title tune, "Soul Limbo" – which is a great number to signal the more open styles in the group's approach. Other hip originals on the set include "Heads Or Tails" and "Over Easy" – and the record also sports some great covers that include "La La Means I Love You", "Eleanor Rigby", and "Hang Em High", which they do in a nice western vein!  © 1996-2021, Dusty Groove, Inc.
(Original yellow label pressing.)