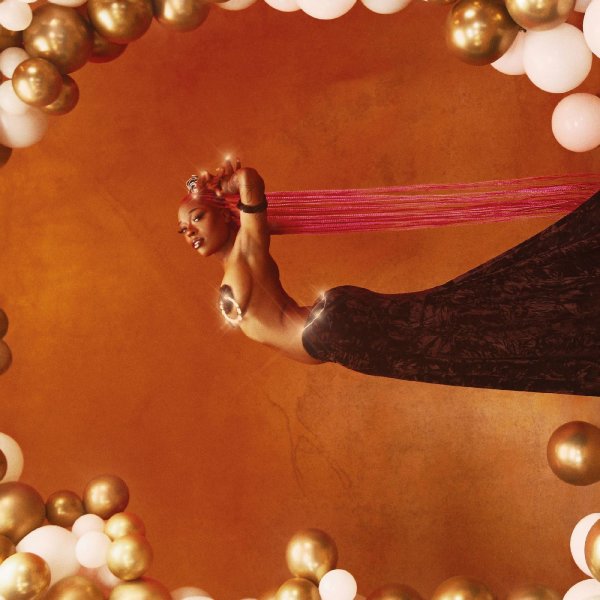 Also available
Sudan Archives — Natural Brown Prom Queen ... LP 27.99
Sudan Archives — Natural Brown Prom Queen (orange vinyl pressing) ... LP 30.99
Sudan Archives looks a lot hipper on the cover than any prom queen we ever had in high school – and on this amazing set, she sounds a heck of a lot better than any of them did too! The album's maybe the full flowering of all the promise that Sudan gave us the last time around – a rich blend of soulful modes in many styles, and the kind of strong statement from the underground that could have a way of shaping soul music strongly in years to come – as the singer is both more collaborative and more personal this time around – working with producers who include Hi-Tek, MonoNeon, and Simon On The Moon – but also opening up herself a lot too. Titles include "Selfish Soul", "Home Maker", "Is This Real", "Ciara", "Freakalizer", "Homesick", "Milk Me", "TDLY", "It's Already Done", and "Copycat".  © 1996-2023, Dusty Groove, Inc.