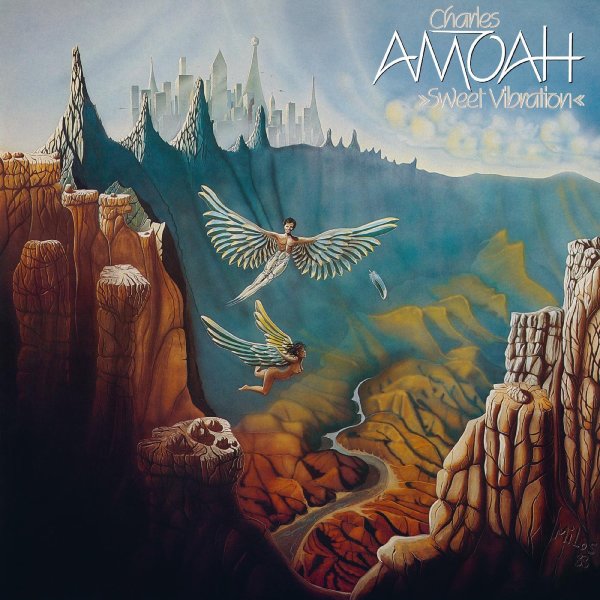 Joyous 80s grooves from Charles Amoah of Ghana – a set that's maybe got all the same electro soul elements as indie sides from New York at the same time! Charles definitely has his ear to the streets with the beats – and the mix of those and the basslines is very much in the best old school hip hop and breakin modes – spare and focused use of drum machine lines, then warmed up by live basslines, keyboards, and guitars – plys Charles' own vocals in the lead! There's a really celebratory vibe to the whole thing – almost like some party on a block where the streets are shut down – and titles include two versions of "Shake Your Body To The Beat", plus "Sweet Vibration", "Our Love's On Fire", "Jungle Rock", "Scratch My Back", and "Fighting Spirit".  © 1996-2023, Dusty Groove, Inc.