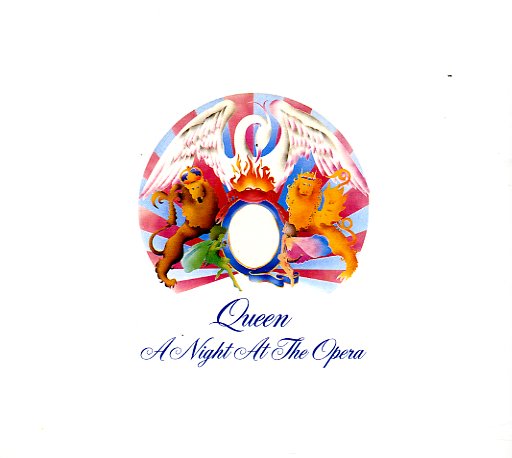 Night At The Opera (180 gram pressing)

Also available
Queen — Night At The Opera (with bonus tracks) ... CD 3.99
Maybe not the first album by Queen, but the record that really put them on the map – as the group create a wonderful sense of interplay between all the elements that make them so great – while also using the studio in ways the group had never dared before – taking their transcendent sound to the skies, and forever changing the face of rock in the 70s! The highlight of this approach, of course, is the groundbreaking "Bohemian Rhapsody" – one of the most unlikely pop hits of the time – served up here alongside the easier hit "You're My Best Friend" – in a masterful assemblage of tracks that also includes "I'm In Love With My Car", "39", "Sweet Lady", "Seaside Rendezvous", "The Prophet's Song", "God Save The Queen", "Lazing On A Sunday Afternoon", and "Death On Two Legs".  © 1996-2022, Dusty Groove, Inc.
(Half-speed mastered heavyweight vinyl pressing!)