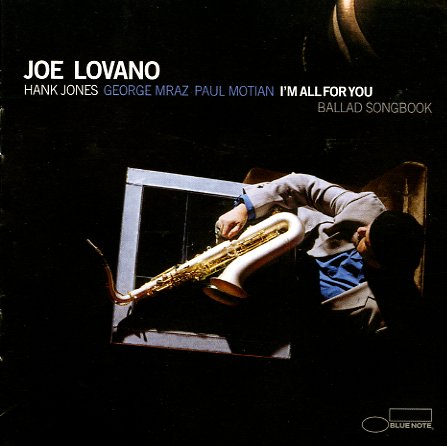 The album gives away its premise with the "ballad" in the title – but that's only part of the picture here, as the tenor of Joe Lovano is so wonderfully distinct, the album's got a richness that goes way beyond its cover! As with Coltrane's famous Ballads album of the early 60s, Joe here proves that at the core, past his other settings and experiments, he can still be a hell of a traditionalist on his horn – yet work with a sense of individuality that comes through right from the very first note! His partners in crime here are Hank Jones on piano, George Mraz on bass, and Paul Motian on drums – and titles include "Early Autumn", "Monk's Mood", "Like Someone In Love", "I'm All For You", "Don't Blame Me", "I Waited For You", and "Countdown".  © 1996-2022, Dusty Groove, Inc.
(First time on vinyl – heavy pressing, mastered from the original analog tapes by Kevin Gray!)