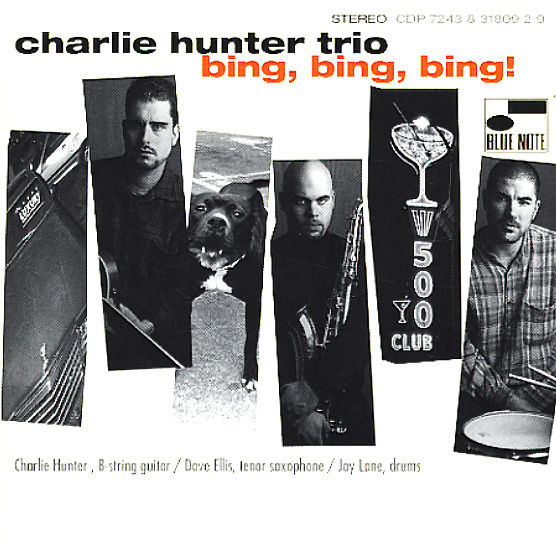 The Blue Note debut of guitarist Charlie Hunter – a set that introduced Hunter's talents on the strings to a much larger audience at the time – and one that also really helped Blue Note get back into the business of funky jazz! The approach is nice and lean – a core trio with Dave Ellis on tenor and Jay Lane on drums – and at times, Hunter has a way of handling his guitar almost like an organ, which is a testament to his fresh approach to the instrument – a quality that continues even when a few moments feature some guest trombone or clarinet. Titles include a famous cover of "Come As You Are", plus the tracks "Bullethead", "Scrabbling For Purchase", "Fistful Of Haggis", "Greasy Granny", and "Elbo Room".  © 1996-2022, Dusty Groove, Inc.
(Part of the Blue Note Classic Vinyl Series!)