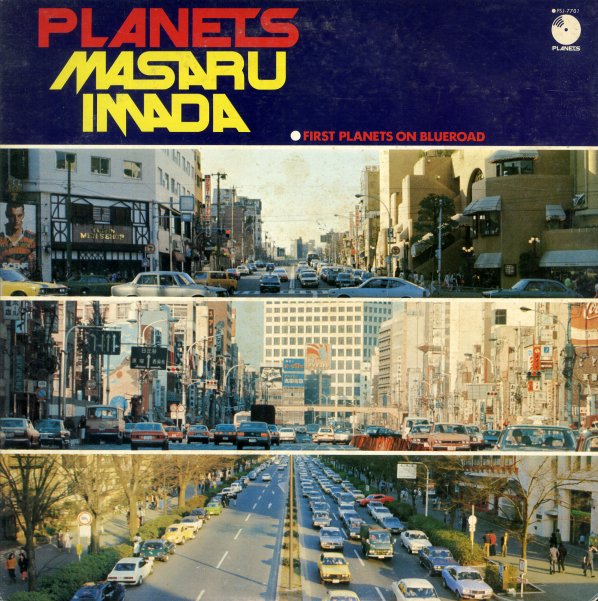 Also available
Masaru Imada — Planets – First Planets On Blueroad ... LP 39.99
One of those really special piano albums from the Japanese jazz scene of the 70s – a record that's overflowing with new ideas and imagination, all captured with a really wonderful ear for sound as well! Masaru Imada plays a Bosendorfer grand, which has a really resonant quality, even when he's swinging hard – which he definitely does at many points, thanks to work from Kunimitsu on bass, Tetsujiro Obara on drums, and Yuji Imamura on percussion – which really adds a lot at some of the best moments! The tunes are all originals by Imada – filled with feeling, but never in a hokey way at all – and titles include the 17 minute "Sea's Pasture", plus "Blue Road", "Planets", "Epilogue", and "A Marionette".  © 1996-2022, Dusty Groove, Inc.