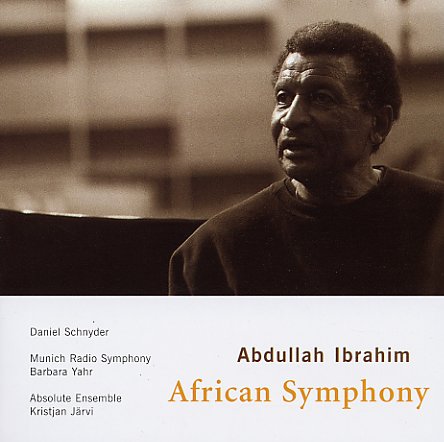 One of Dollar Brand's more complicated albums of his later years, and a nice change from solo and trio material – done as a larger symphonic set of jazz, performed with the Munich Radio Symphony, and the Absolute Ensemble! Given the rich colors and tones that run through Brand's work – even in a spare solo setting – it's wonderful to hear it interpreted by a larger ensemble, using strings and woodwinds to work out a deeper meaning of some of the compositions, while still featuring Brand upfront on piano. Titles include "Damara Blue", "Blanton", "Barakaat", "The Call", "Mountain In The Night", and "Ritus".  © 1996-2023, Dusty Groove, Inc.