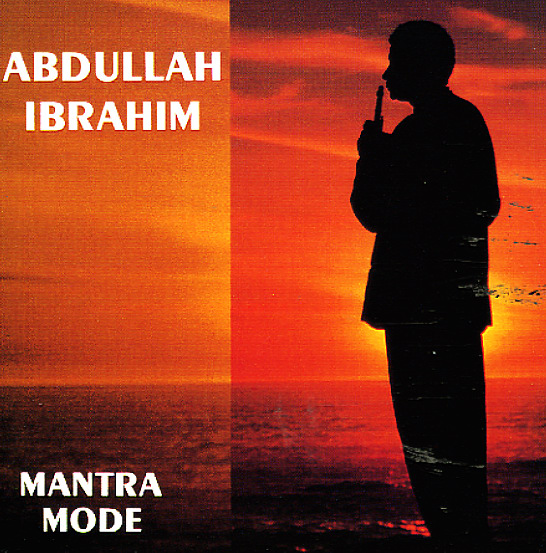 Abdullah Ibrahim's got a great South African group on this gem from the early 90s – a record that really sparkles nicely, thanks to tenor from Basil Manneberg Coetzee, trumpet from Johnny Mekoa, and alto and flute from Robbie Johnson! If you read these pages, you'll know we love Ibrahim's scoring for horns – used in this period as a rich added layer of sound and feeling on top of his already-soulful piano – making for a combination that's extremely evocative all the way through! Other instrumentation includes drums, bass, and guitar next to Abdullah's piano – and on one track, the leader even plays a bit of drums. Titles include "Bayi Lam", "Dindela", "Barakaat", "Mantra Mode", and "Beautiful Love".  © 1996-2022, Dusty Groove, Inc.

TTT
Storyville/Solid (Japan), 1988. New Copy
CD...$11.99 14.99
A great later date from tenor genius JR Monterose – a set that's deceptively simple at the outset, but which has JR playing with all of those wonderfully sharp lines and well-chosen phrases of earlier years! Monterose is a real unsung talent on his instrument – a player who never went ... CD

Charles Mingus Presents Charles Mingus (with bonus tracks)
Candid/Ultra Vybe (Japan), 1960. New Copy
CD...$12.99 16.99 (CD...$6.99)
The title's an apt one, because after frustrations experienced working for Columbia and other labels, Mingus is finally allowed the freedom here to present his own ideas in all their unfettered glory – working with a bracingly tight quartet that features Eric Dolphy on alto and bass clarinet ... CD

Crankin
Mainstream/Solid (Japan), 1971. New Copy
CD...$12.99 16.99
The title certainly gets it right – as the set's one of the best (and one of the few) albums that trombonist Curtis Fuller cut in the 70s – a searingly sharp session that really shows a change from some of his Blue Note modes of the 60s! There's a current of righteous energy that moves ... CD

Graffiti Blues
Mainstream/Ultra Vybe (Japan), 1973. New Copy
CD...$12.99 16.99
One of Blue Mitchell's hippest funky sets of the 70s – an unusual little record that mixes a bit of funky harmonica with his own soulful trumpet! The approach definitely echoes a bit of the "blues" in the title – but the groove is much more straightforward and funky – ... CD