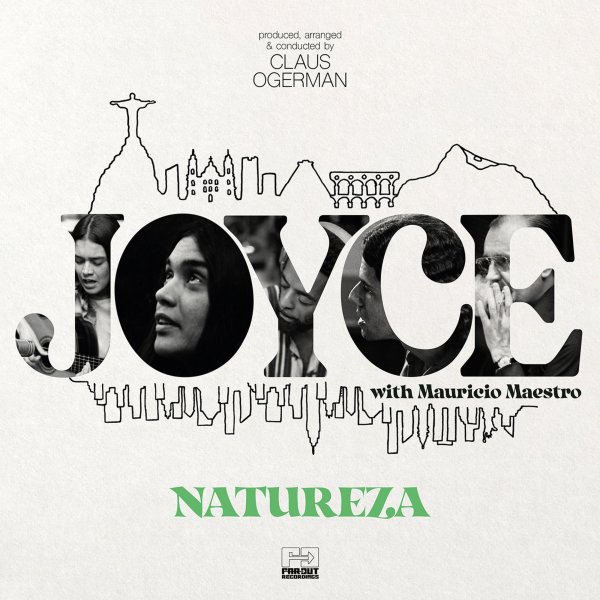 Also available
Joyce — Natureza ... LP 29.99
A record that could have been the biggest breakthrough in the career of the legendary Joyce – yet the set was never issued at the time! The late 70s session has Joyce recording in New York, under the guidance of studio maestro Claus Ogerman – who has a wonderful way of elevating the overall quality of the proceedings, while never getting in the way of that special magic that made Joyce so wonderful – especially on her albums for EMI! As with those records, Joyce plays acoustic guitar alongside her amazing vocal approach – a style that's unlike anything else we can describe – informed by jazz and Brazilian music, yet soaring and gliding in a completely sublime style – awash in color and light as it flies to the sky. Mauricio Maestro helped out heavily on the record too – and the other players include Mike Manieri on vibes, Michael Brecker on tenor, Joe Farrell on flute, and Nana Vasconcelos on percussion – on titles that include a fantastic early reading of "Feminina" – plus "Miserios", "Descompassadamente", "Pega Leve", "Ciclo Da Vida", "Coracao Sonhador", and "Moreno".  © 1996-2023, Dusty Groove, Inc.