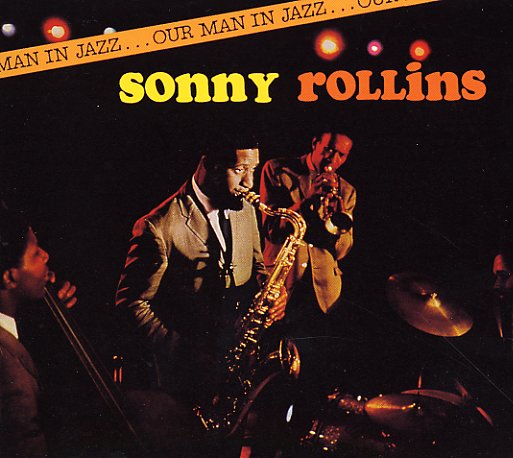 Our Man In Jazz (with bonus tracks)

One of Sonny Rollins' best albums ever, and a totally inspired, totally non-stop freewheeling live set, recorded with Don Cherry, Bob Cranshaw, and Billy Higgins! Working on long tracks in an unfettered setting, Rollins' hits one of those rare moments of genius where he can turn his solo over and over again – never losing interest, and always opening up new territory – at a level that easily matches the oft-made claim that he's one of the greatest tenor talents ever on the tenor sax! The album features only 3 long tracks, all dominated by masterful work by Rollins – and titles include "Oleo", "Dearly Beloved", and "Doxy". CD also includes 3 bonus tracks – "There Will Never Be Another You", "You Are My Lucky Star", and "I Could Write A Book", and alternate versions of "Oleo", "Dearly Beloved", and "Doxy".  © 1996-2022, Dusty Groove, Inc.
(2013 pressing.)

World Of Cecil Taylor (with bonus tracks)
Candid/Essential Jazz, 1960. Used
CD...$6.99
Cecil Taylor's first LP for the Candid label – and a landmark album that really lets him open up for the first time in years at a recording session! The album was cut at Nola's Penthouse in 1960, and the core group is Cecil's trio with Buell Neidlinger on bass and Dennis Charles on drums ... CD