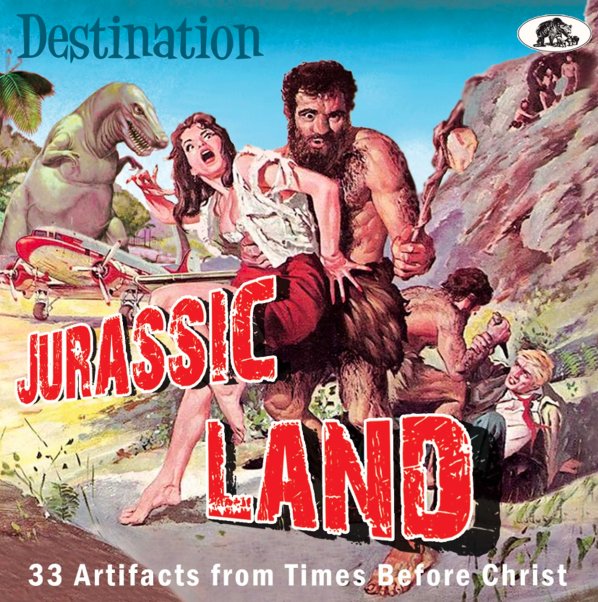 A cool collection of caveman-themed rockers from the glory days of the 7" single – music that's very much in the same mad spirit as the monster rock records of the time – and which is served up here in a similar blend of echoey instrumentals, guitar-heavy groovers, and a mix of hard rockers and novelty numbers too! The package is plenty playful, and you'll definitely recognize a few names here from the world of monster rock too – although the mix of material is also pretty darn fresh, too – and really opens up a whole new sort of territory from these glory days of American popular music. Titles include "Brontosaurus Walk" by Buddy Merrill, "Caveman" by Tommy Roe & The Satins, "McDonald's Cave" by Piltdown Men, "Be A Cave Man" by The Avengers, "Dinosaur" by Link Wray, "Caveman" by Terry Fell, "Volcano Rock" by Tommy Mercer & The McBrides, "Cave Man Rock" by The Majestics, "The Cave (parts 1 & 2)" by Gary Spider Webb, and "Cave Man Love" by Space Man With The Rockets. 33 tracks in all – and a very nice package!  © 1996-2022, Dusty Groove, Inc.