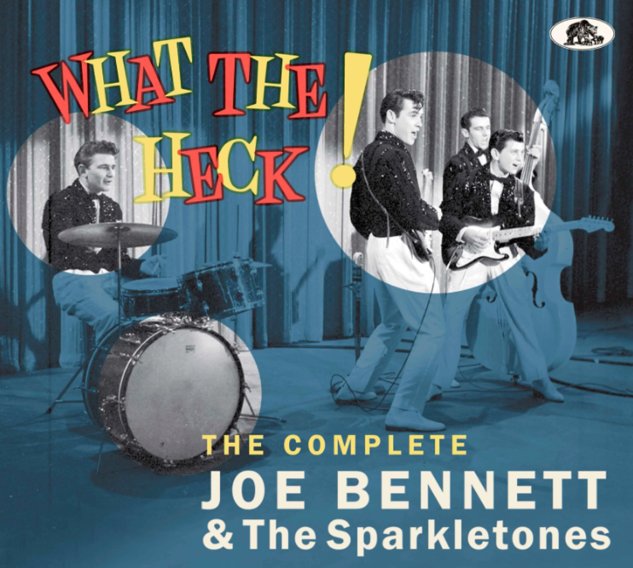 What The Heck – The Complete Joe Bennett & The Sparkletones

Joe Bennett and his South Carolina group are best known for one classic rocker – the great "Black Slacks" – but back in the day, the group had a much longer legacy of recordings – all of which are presented here in a really well-done set! The groove is great – upbeat, romping, and with plenty of rockabilly elements – but also given a sharper tune at times too, especially as the music moves into the 60s and the package features related material by Joe & The Jaguars, Billy & Eddie, and Karina Con Los Jaguars – the last of whom even deliver some lyrics in Spanish! The package is great – the usual Bear Family huge amount of notes and details on this near-lost group – and the set features 38 tracks in all, with titles that include "Black Slacks", "What The Heck", "Softly", "De Nada", "La Hora", "Well Dressed Man", "Run Rabbit Run", "Do The Stop", "Late Again", "Penny Loafers & Bobby Sox, "Let's Go Rock & Roll", "Maybe Baby", and "Rocket".  © 1996-2022, Dusty Groove, Inc.