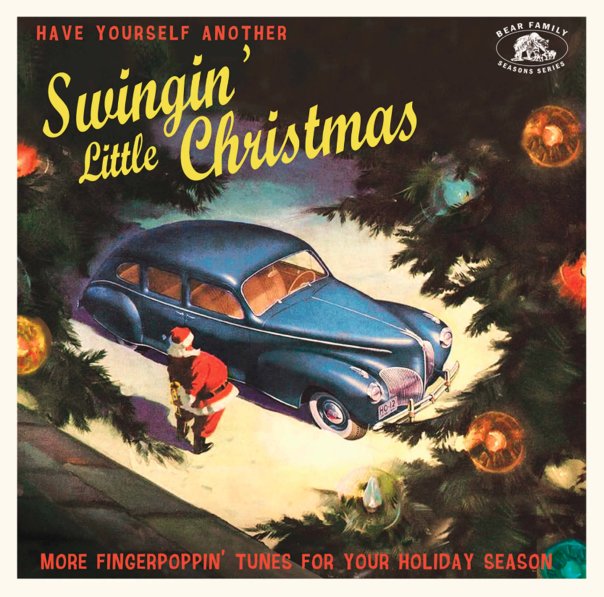 A really great genre-hopping Christmas collection – one that features jazzy tunes, vocal numbers, and a few rock and country tracks as well – all of which really live up to the vintage spirit of the image on the cover! The set follows nicely in the style of the similarly-titled predecessor – and features an array of 29 postwar tracks that come from that moment when the marketing of Holiday spirit was a very big part of the music business! There's plenty of familiar tunes here, done in unusual versions – and some more obscure Christmas cuts that definitely make the set worthwhile – on titles that include "Mrs Santa Claus" by Nat King Cole, "Peace On Earth" by Peggy Lee, "Hello Mr New Year" by The Coolbreezers, "Merry Christmas To You All" by Elton Britt, "Christmas Candy" by Margaret Whiting & Jimmy Wakely, "It's A Marshmallow World" by Vic Damone, "Snowbound For Christmas" by The DeCastro Sisters, "Be A Santa" by McGuire Sisters, "When Santa Claus Gets Your Letter" by Gene Autry, "Sleigh Ride" by Johnny Desmond, "Here Comes Santa Claus" by Sammy Kaye with Don Cornell, "Christmas Is A Feeling In Your Heart" by Andy Williams, "Rudolph The Red Nosed Reindeer" by 101 Strings, "Jingle Bell Rock" by Eddy Arnold, and "Snowy White Snow & Jingle Bells" by Vaughn Monroe.  © 1996-2022, Dusty Groove, Inc.