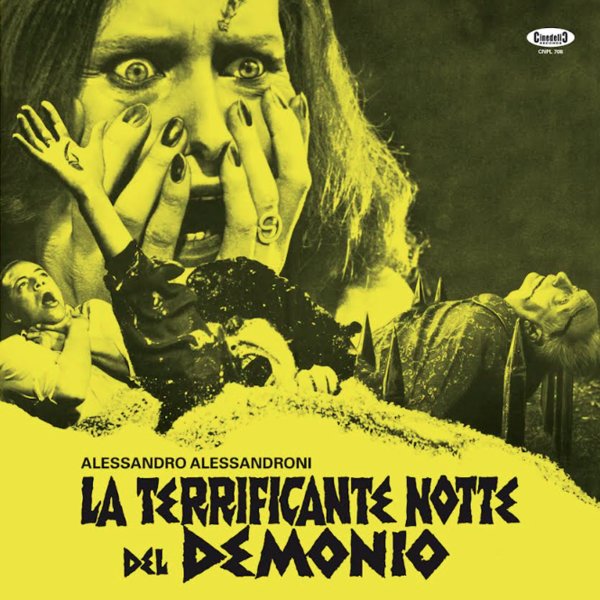 Demonic sounds, but surprisingly sweet as well – done with this easy-flowing style that's really wonderful – and much more similar to the seductive sound library work of Alessandro Alessandroni, than to some of the starker, darker horror of the time! There's definitely some spooky passages, but they're almost always warmed up in really nice ways – both with keyboards, and with these wordless vocals from the lovely Giulia De Mutiis, who drifts through the record like some sexy ghost. Her vocals almost give the whole thing a more dream-like feel at times – not too atmospheric, but with clouds of sweet sounds that blow through the space in a wonderful way. Titles include "Demon Night II", "Demon Arise", "Dark Dreamer", "Devil's Nightmare", and "Erotic Demon".  © 1996-2022, Dusty Groove, Inc.
(Limited edition of 300!)