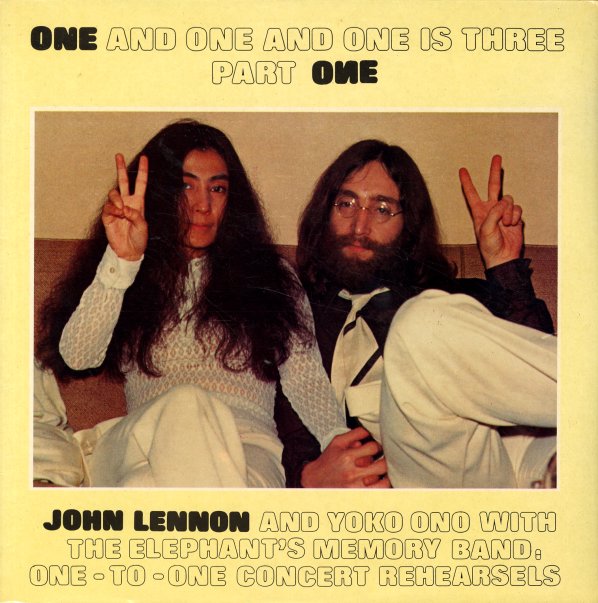 John and Yoko work here with Elephant's Memory, on a set of rehearsals for their concert at Madison Square Garden in August of 1972!  © 1996-2022, Dusty Groove, Inc.
(Top cover seam is unglued – cover is otherwise very nice.)

One & One & One Is Three – Part Three
Benefit, 1972. Near Mint-
LP...$11.99
John and Yoko work here with Elephant's Memory, on a set of rehearsals for their concert at Madison Square Garden in August of 1972! LP, Vinyl record album

Lucky Golden Strips & Starpose
Love (Finland), 1976. Sealed 2LP Gatefold
LP...$19.99
A killer set from Wigwam – a later record by the group, and one that didn't get as much global play as their first few albums – but one that really shows the group really honing their sound in a wonderful way! Like some of the best of their Finnish scene, Wigwam really draw a lot from ... LP, Vinyl record album

Dark Album
Love (Finland), 1977. Sealed 2LP Gatefold
LP...$19.99
Wigwam maybe look a bit more like global rock stars on the cover here than on some of their previous albums, but they're still the same group we know and love – really honing their craft on this mid 70s set that preceded a breakup of the group! The group have an even more refined ear for a ... LP, Vinyl record album

Concordance
Blue Chopsticks, 2021. Sealed
LP...$11.99
The fifth album in what's become a surprisingly strong legacy of collaboration – as musician David Grubbs works here alongside poet Susan Howe, providing piano accompaniment to her spoken words! If you know Howe's poetry at all, you'll know that it's unique in both content and structure ... LP, Vinyl record album

Harmless Dust
Headz/Improved Sequence, 2005. Sealed
LP...$11.99
Beautifully minimal sounds from the duo of David Grubbs and Nikos Veliotis – Grubbs on piano and Hammond organ, and Veliotis on cello and e-bowed piano – all instruments that are used together in really wonderful ways! The first half of the set features piano and cello – the ... LP, Vinyl record album

Wings At The Speed Of Sound
Capitol, 1976. Very Good+
LP...$4.99
Possibly the last truly wonderful Wings album of the 70s – a monumental crossover record that smoothed out their groove a bit more and delivered some wonderful hits! Denny Laine is still in the group at this point, and titles include the classics "Let Em In" and "Silly Love ... LP, Vinyl record album