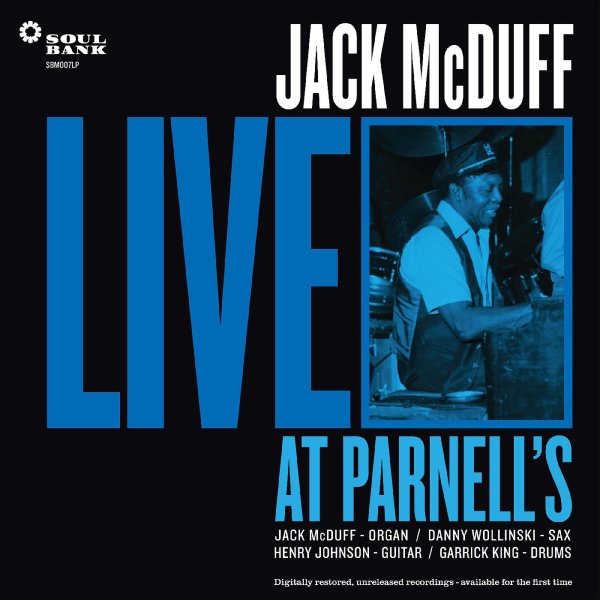 Also available
Jack McDuff — Jack McDuff – Live At Parnell's ... CD 18.99
A fantastic lost link in the jazz legacy of Hammond hero Brother Jack McDuff – and a set that shows that he was still really kicking it strongly in the clubs during his later years, even if some of his records didn't always have the right groove! As on his 60s live recordings for Prestige Records, the vibe here is wonderful – in part thanks to drummer Garrett King, who was a regular partner in McDuff's group – and who always had the same sort of sharp, sometimes-playful sense of rhythm as the great Joe Dukes – Jack's famous drummer from the 60s. Together, the pair alone are a real treat here – really setting each other off as they groove back and forth – while Henry Johnson brings in some great work on guitar, and Danny Wollinski completes the group on tenor. We saw some killer late McDuff sets like this in small clubs, and can definitely promise that the vibe here is the real deal – wonderful work from our favorite Hammond player ever. Titles include "Fly Away", "Deja Vu", "Untitled D Minor", "Blues 1 & 8", "Walkin The Dog", "Another Real Goodun", "Greensleeves", "Killer Joe", and "Make It Good".  © 1996-2022, Dusty Groove, Inc.