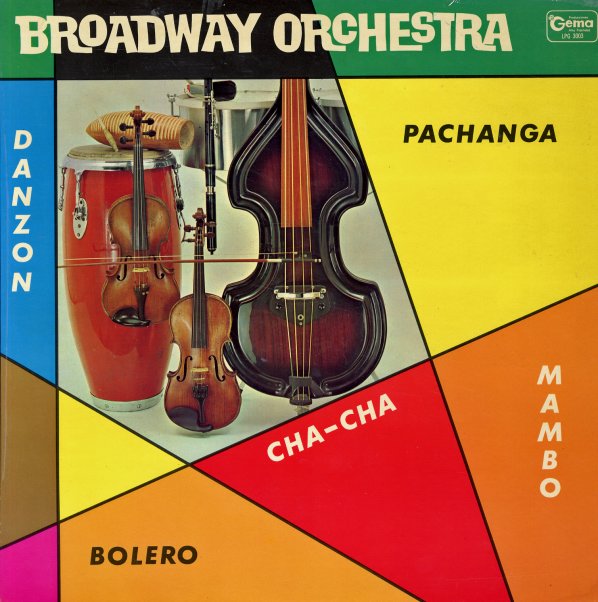 An obscure Gema Records album by this legendary 60s group – with Eddy Zervigon on flute, Johnny Palomo on congas, and Roberto Torres and Edmundo Coppe on vocals – on titles that include "Caina", "Cunde", "Por Borracha", "Descarga Broadway", "El Mundo Esta Al Reves", "Mombo Con Cha Cha", and "Tu No Estas En Nada".  © 1996-2022, Dusty Groove, Inc.
(Back cover has a very tiny stain – but this is a beautiful copy!)

Salvaje (Savage)
Coco, 1975. Near Mint-
LP...$29.99
70s charanga grooves from Orquesta Broadway – not nearly as savage as the title might imply, but a strong set nonetheless – cut in the best style of the Coco label! Harvey Averne produced, and he's got a nice way of making the group's traditional approach sound oddly fresh in the 70s ... LP, Vinyl record album

Boogaloos Con El Gran Combo
Gema, 1967. Very Good
LP...$24.99
One of our favorite albums ever from El Gran Combo – largely because it's a smoking Latin Soul set! The group were known for a more traditional groove on other records, but here they nicely jump on the younger bandwagon of the time – and step out with a crackling batch of boogaloo ... LP, Vinyl record album