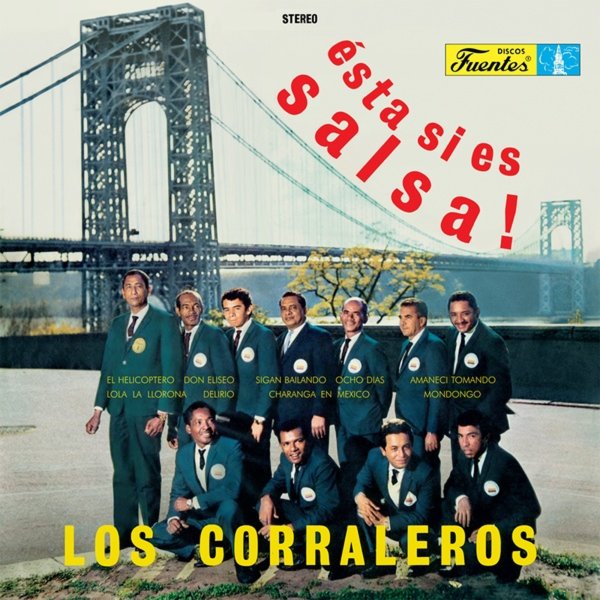 Los Corraleros De Majagual are pictured in front of the Brooklyn Bridge on the cover, but the group hail from Colombia, and deliver a style that's very much their own take on salsa – one that mixes familiar New York elements with sounds specific to their scene – including some great use of accordion that runs at a pace that's equally fast as the driving percussion and horns on the set! There's some currents of cumbia in the rhythms, and the instrumental phrasing – and the blend makes for a Discos Fuentes classic that's one of the most unique albums the label issued at the time – with cuts that include the funky killer "Charanga En Mexico" – plus "Sigan Bailando", "Ocho Dias", "El Mondongo", "Do Eliseo", and "El Helicoptero".  © 1996-2022, Dusty Groove, Inc.