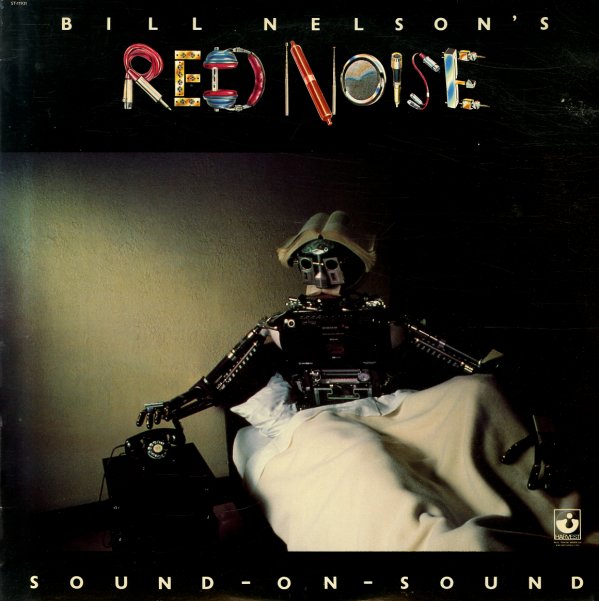 A record that marks a very different chapter in the career of Bill Nelson than his initial rise to fame at the head of Be Bop Deluxe – a set that offers up a leaner take on the 70s styles of Nelson's music, and a sound that's decidedly aimed much more at the new wave generation! Bill was always a bit ahead of the pack in terms of production and instrumentation – and he definitely puts that work to use here, by retuning an earlier aesthetic in ways that are definitely at the forefront of UK electronic pop! Vocals are often processed, keyboards and guitars intertwine nicely, and titles include "Don't Touch Me I'm Electric", "Stop Go Stop", "Furniture Music", "Revolt Into Style", "The Atom Age", and "A Better Home In The Phantom Zone". 2CD version features the remastered album, a new stereo mix, and bonus tracks that include "Acquitted By Mirrors" and "Wonder Toys That Last Forever", in both mixes – plus "My Light", a previously unreleased track from the sessions – and Red Noise session tracks "Ideal Homes", "Instantly Yours", and "Disposable".  © 1996-2023, Dusty Groove, Inc.

Beach Baby – The Complete Recordings (3CD set)
Grapefruit (UK), Early 70s. New Copy 3CD
CD...$26.99 38.99
An insane package of work from this wonderful British group – a studio pop creation who stormed the charts with one huge hit, but also recorded some really great overlooked material! The style of First Class is a brilliant extension of the sound of American harmony pop of the 60s – and ... CD