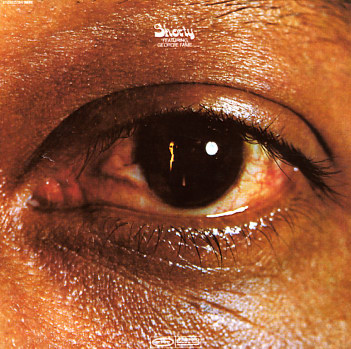 An excellent little album from British vocalist Georgie Fame – one that has him moving way past the simple beat group sound of his roots, into a sophisticated style that mixes jazz vocalizing, hard grooving, and lots of rock/R&B influences! Georgie's still got his Mose Allison-inspired vocal style, but the band behind him is a lot more open-ended, and grooves along freely in these great organ riffing rhythms – open-ended and very swinging on some numbers, but in a way that's different from Fame's rougher-edged roots. Titles include "Oliver's Gone", "Somebody Stole My Thunder", "Fully Booked", "Inside Story", "Seventh Son" and more.  © 1996-2022, Dusty Groove, Inc.
(2010 reissue.)

Day By Day/Day By Night
CBS/Sony, 1956/1957. Used
CD...$8.99
Gimmicky titles, but some of Doris Day's best album work of the 50s! Both records feature Doris singing to backings by Paul Weston – mostly in an easy mode on the "night" record, and a bit more driving and jazzy on the "day" album. Titles include "Gone With The ... CD

Put Your Dreams Away
CBS/Sony (Japan), Late 50s. Used
CD...$18.99
The cover's got an image of Frank Sinatra from later years, but the music here is all from the singer's early days as a solo act on Columbia Records – material that has the great one really reinventing the role of the male voice in American music, especially on well-crafted ballads and love ... CD

In Person At The Americana (Japanese paper sleeve edition)
Liberty (Japan), 1964. Used
CD...$16.99
A rare live session from Julie London – surprising in that most of her classic work for Liberty was put together with some real studio magic! Yet this time around, the live setting's a real charm – one that makes for a whole new side of London's personality – showing the singer ... CD

Sweet Blossom Dearie
Universal (Japan), 1963. Used
CD...$18.99
There's few singers we like better than Blossom Dearie – and this great little record captures Blossom at her unfettered best, working live before an intimate crowd at London's Ronnie Scott's nightclub in the 60s! The performance is in the same small combo mode as some of Dearie's Verve ... CD

Star Eyes
Roulette/Warner (Japan), 1963. Used
CD...$24.99
A gem from the Roulette Records years of Sarah Vaughan – material that sometimes gets a bit overlooked, partly because of its packaging – but which may well be some of our favorite material by the singer! Vaughan here is in her mature, boozy mode – the same Sarah we heard on the ... CD

Christmas With The Rat Pack
Capitol, Mid 60s. Used
CD...$3.99
Ring a ding, ding, Merry Christmas! As many holiday recordings that the boys made, together and in their individual careers, it's a bit of a surprise that Capitol is only now releasing a holiday Rat compilation, but here it is! The material ranges from Frank and Dean's widely available late 50s ... CD