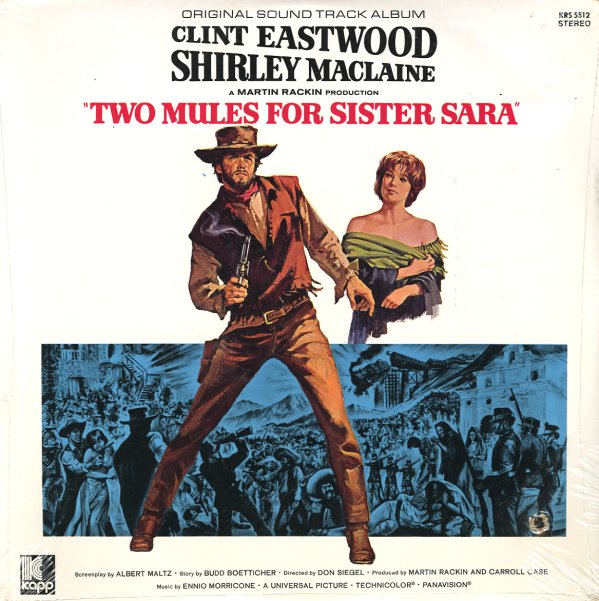 A really fantastic score from Ennio Morricone – maybe better this time around than the images on the screen for some of his other westerns of the period – more proof that the maestro was always willing to rise above, and give his best no matter what the setting! The music begins with some already-fantastic elements – mule-like noises that mark the theme and title of the film – carried out with that fantastic sense of western flourish that Morricone could do so well – a use of space in the music that evokes the landscape, even without images to view – as subtle orchestrations mix with occasional guitar, and a fair bit of the sorts of unfamiliar sounds that the maestro was always able to create! Titles include "The Braying Mule", "The Battle", "The Cool Mule", "La Cueva", "Night On The Desert", and "Time For Miracles". This massive 2CD edition features the original 11 track album from 1970 – plus a full bonus CD of songs from the film score, most of which appear here for the first time ever – 21 more tracks, and a bonus hour's worth of music!  © 1996-2022, Dusty Groove, Inc.
(50th Anniversary Remastered Edition!)

The Good, The Bad, & The Ugly (remastered & expanded with bonus tracks)
Capitol/EMI, 1966. Used
CD...$6.99
One of the first big moments of global fame for the legendary Ennio Morricone – and a record that still stands as one of his landmark albums all these many years later! The set's famous for its haunting theme – that "wah-wah-wah" melody that led to countless covers and ... CD