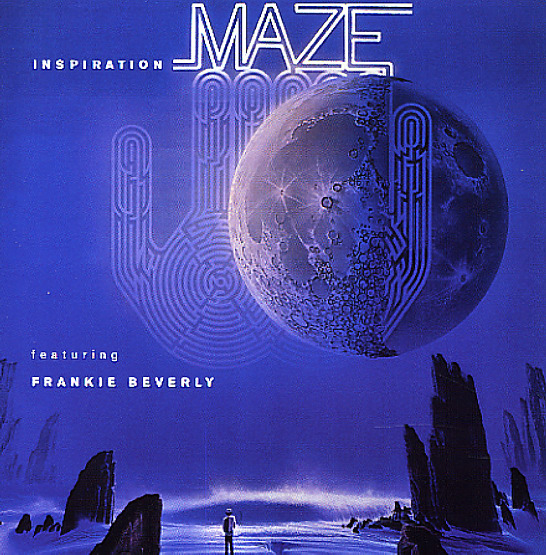 Sublime work from Frankie Beverly and Maze – smooth, mellow, and perfectly put together, with a level of care and class that you'd be hard pressed to find in many of the group's contemporaries! The album's not one of the group's most famous, but that makes it even more of a treat, as you'll find some nice lesser-known cuts on here that really sparkle. Features the cut "Lovely Inspiration", in vocal and instrumental versions, plus "Woman Is A Wonder", "Ain't It Strange", and "Call On Me".  © 1996-2022, Dusty Groove, Inc.
(Includes the printed inner sleeve. Cover has some surface, edge and corner wear.)

Crosswinds
Capitol, 1978. Very Good-
LP...$0.99
Sweet, smooth, and soulful work from Peabo Bryson – a perfect little record that captures him at a point when he was definitely tightening up his act, but not falling into the soppier traps of later years! Production here is shared by Peabo with the great Johnny Pate – who seems to ... LP, Vinyl record album

Taste Of Honey
Capitol, 1978. Very Good+
LP...$14.99 (CD...$13.99)
Probably the most successful album the Mizell Brothers ever produced, and a fine set of uptempo groovers from this female soul duet! There's some nice jazzy moments underneath the catchy lyrics, and in a way, the album's style is sort of a blueprint for the sound that would emerge over the next ... LP, Vinyl record album

Soulin'
Capitol, Late 60s. Near Mint-
LP...$14.99
One of the best albums that Lou Rawls cut with the team of HB Barnum and David Axelrod – that incredible duo who made some of his 60s Capitol albums so great! The style here is wonderful – upbeat grooves from Barnum – who brings more soul into Lou's music than before – ... LP, Vinyl record album

Carryin' On!
Capitol, Late 60s. Very Good+
LP...$5.99
One of Lou's excellent Capitol sessions produced by David Axelrod! The record's not an outwardly funky one, but Axe gives the set a nice loping groove on the best tracks – the sound that he brought to his best work with Rawls, and which really put him over the top back in the 60s. Titles ... LP, Vinyl record album

Be My Lover
Capitol, 1984. Near Mint-
LP...$4.99
O'Bryan's virtually a one man show here – handling vocals, keyboards, arrangements, and other instrumental bits too – but he also gets some great help on the album's lean arrangements, with just the right sort of funky touches on guitar, bass, and drums! The set starts out with a ... LP, Vinyl record album

Lot Of Love
Capitol, 1986. Very Good
LP...$6.99
Crisp, warm, and nicely-grooving soul from Melba Moore – one of her most consistent albums of the period, and possibly the biggest hit of career! The team of writers and producers on the album is top-shelf – with work from Kashif, Paul Lawrence, Gene McFadden, and others – who ... LP, Vinyl record album

Togetherness
A&M, 1978. Very Good+
LP...$11.99
Jeffrey Osborne's really emerging strongly here in the mellow soul mode – especially on the album's two great ballad cuts, "Concentrate On You" and "We Both Deserve Each Other", both of which are smooth mellow steppers with a modern soul approach that's slightly less ... LP, Vinyl record album