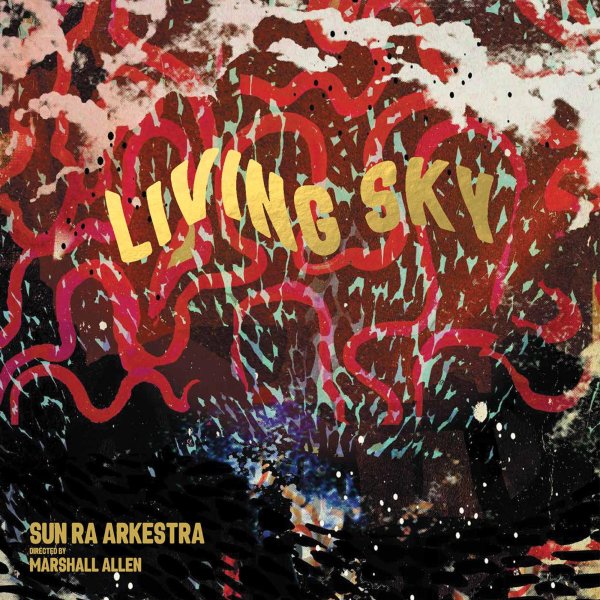 Also available
Sun Ra Arkestra — Living Sky ... CD 11.99
Sun Ra Arkestra — Living Sky (180 gram deluxe edition – with art prints) ... LP 48.99
Really fantastic work from the continuing version of Sun Ra's Arkestra led by Marshall Allen – and an album of rich sophistication that definitely shows the mature version of the group really finding their own sense of voice and spirit! There's a laidback take to the music that partly recalls some of the modes that the Arkestra had in their earlier days, when they were exploring some exotica currents mixed with more avant jazz inclinations – although the expression of the sound here is more focused and majestic, with slight string touches blending in with instrumentation of a more jazz-based mode – handled by Marshall Allen on alto and kora, Knoel Scott on tenor and baritone, Michael Ray and Cecil Brooks on trumpets, Dave Davis on trombone, Farid Barron on piano, Dave Hotep on guitar, and Tara Middleton on some mighty nice flute and violin. There's a richness to the sound that comes from all the other players involved in the proceedings – and titles include "Day Of The Living Sky", "Firefly", "Wish Upon A Star", "Chopin", "Marshall's Groove", and "Somebody Else's Idea".  © 1996-2023, Dusty Groove, Inc.