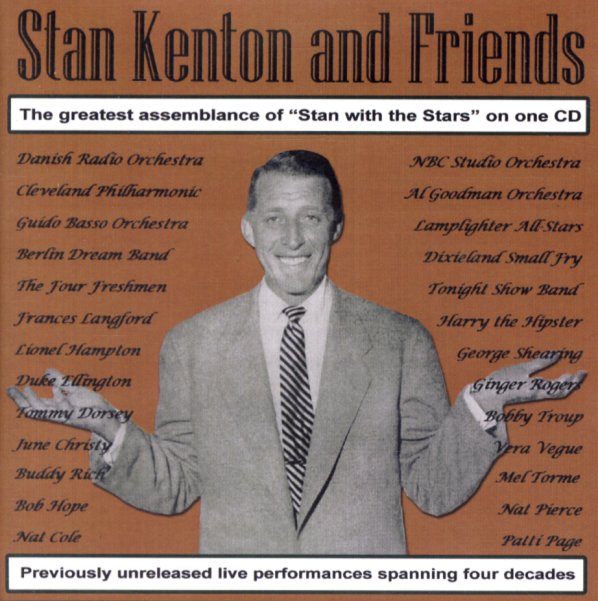 Contemporary Concepts (plus bonus tracks)
Capitol, 1955. Used
CD...$1.99 2.99
Contemporary concepts that are as bold today as they were when first released in the mid 50s! Stan's at the height of his powers here – working with the brilliant Bill Holman to craft some incredible versions of tunes that had become jazz standards, tired ones at that – but which ... CD

Birthday In Britain
Creative World, 1973. Used
CD...$7.99
Recorded with his orchestra at Albert Hall and Fairfield Hall, with songs including "Happy Birthday To You", "Street Of Dreams", "Of Space And Time", "No Harmful Slide Effects", "Ambivalence" and more. CD

Adventures In Jazz
Capitol, 1961. Used
CD...$3.99
Stan reprises his famous modernist swing in a great little album that's one of his best works from the early 60s. The tracks are longish, with the mixture of dark shading and breakout solos that grace some of his best early work – and although the players in the group aren't the famous west ... CD

Stage Door Swings
Capitol, 1958. Used
CD...$4.99
A genius set from Stan Kenton – seductively simple, but featuring some great arrangements from Lennie Niehaus! Despite the title, the album's less of a showtune affair than you might think – as Stan and his group run through a number of popular tunes from the 50s, remaking them in ... CD