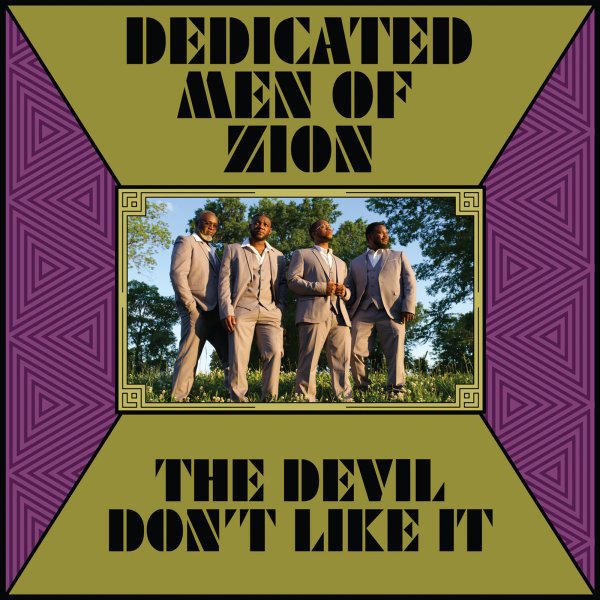 Also available
Dedicated Men Of Zion — The Devil Don't Like It ... CD 11.99
Dedicated Men Of Zion — The Devil Don't Like It ... LP 16.99
A really fantastic album from the Dedicated Men Of Zion – a contemporary gospel group, but one who work here with small combo backings that take us back to some of our favorite records of the early 70s – a tremendous blend of spiritual message and very down-to-earth arrangements! The quartet have some fantastic harmonies throughout, and get support from the Sacred Soul Sound Section – a funk combo who use plenty of organ and riffing guitar, which gives the heavenly vocals a nice degree of humanity – on titles that include "The Devil Don't Like It", "Lord Hold My Hand", "A Change Is Gonna Come", "I'm Going Home", "Up Above My Head", "I'm A Soldier In God's Army", and "One River To Cross".  © 1996-2022, Dusty Groove, Inc.