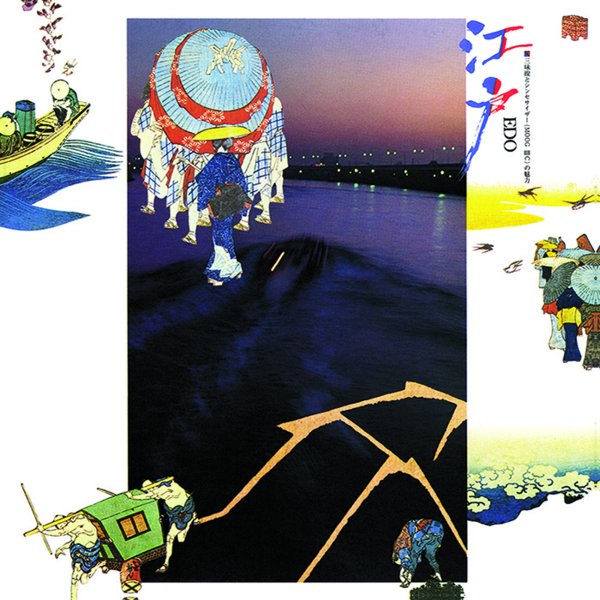 Back in the 70s, there were plenty of records that mixed together the Japanese shamisen with more contemporary sounds – but of them all, this set might well be one of the wildest – as it features two side-long tracks that mix the acoustic strings of the ancient instrument with a mix of moogy electronics and keyboards! Konae Imato handles the shamisen in a very classic style – with lots of raspy touches along the three strings – while Masashi Komatsubara delivers all these different sounds from the moog – sometimes very abstract, sometimes tuneful, sometimes very experimental – all of which makes for a wonderful sense of variety throughout the record! Hideki Matsutake (aka Logic System) was part of the album's creation too – and the record features the long tracks "Journey To Edo" and "The City Of Edo".  © 1996-2022, Dusty Groove, Inc.

Reich/Richter – Ensemble Intercontemporain & George Jackson
Nonesuch, 2022. New Copy
LP...$22.99 23.99
The Richter here is Gerhard Richter – the important visual artist whose work has been so important over the decades – an inspiration for the music created here by minimalist Steve Reich, originally for the film Moving Picture! The set presents a beautiful live performance of the ... LP, Vinyl record album

Space Between (white vinyl pressing)
Numero, 1980. New Copy (reissue)
LP...$20.99 24.99
A rare treasure from that time when experimental music was sometimes getting lost in the shuffle next to new age records in the racks – partly because an album like this was only ever issued on cassette, which kept it away from some of the more serious sides of the record stores! Side one of ... LP, Vinyl record album

Geographies – 13 Proverbes Africains – Made To Measure Vol 5 (with bonus download)
Crammed (Belgium), Early 80s. New Copy (reissue)
LP...$17.99 19.99
Beautiful work from Hector Zazou, and one of those wonderfully hard to define records from the early days of the Crammed label – a company that always had a strong penchant for mixing up both musical and cultural modes in really unique ways! The record is part of a series of imagined ... LP, Vinyl record album