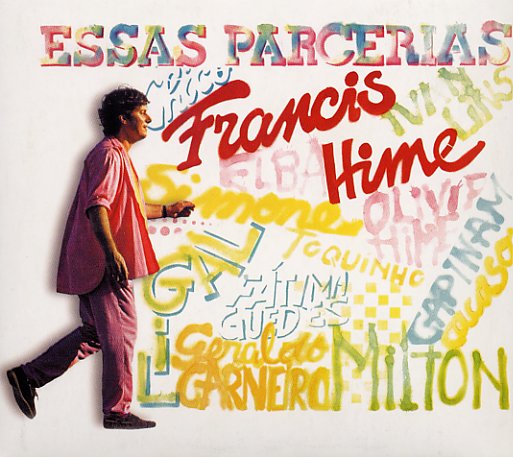 A great session that shows the increasing talents of Francis Hime – both as an arranger and songwriter with a huge influence on the larger sound of MPB at the time! Hime's working here in a mode that's expanded from his work in the 70s – a style that's ambitious, yet also quite personal at times – and which is made even more compelling by guest work from Milton Nascimento, Chico Buarque, Gilberto Gil, Gal Costa, Simone, and a range of great instrumentalists who assure that Hime's musical vision is carried out to best effect. Titles include "Promessas Promessas", "O Sinal", "Mariana", "Parceiros", "Um Dueto", "Flor De Laranjeira", and "Lacos De Serpentina".  © 1996-2022, Dusty Groove, Inc.
(Out of print.)