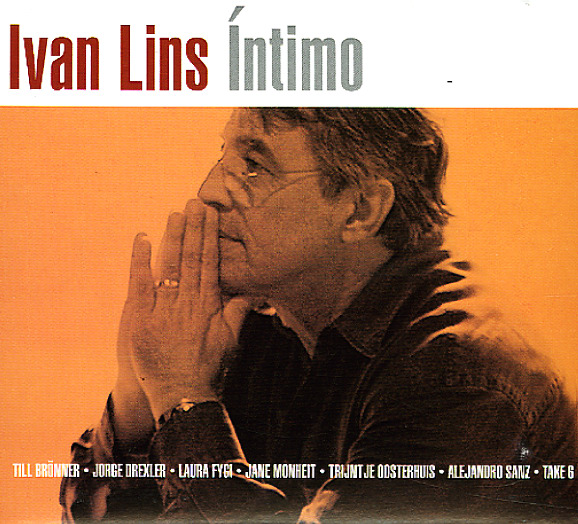 Ivan Lins is working here with a help from a host of international artists – no surprise, considering the influence he's had on music around the world over the past few decades! At its core, the set's got the spirit of all of Lins' best recent work, with that warmer, jazzier vibe he's picked up lately – and some key cuts further bring out this aspect with instrumental solos from players who include Till Bronner on trumpet, Antonio Serrano on harmonica, Leonardo Amuedo on guitar, and Frits Landesbergen on vibes! There's also a bit of guest vocals on just a few tracks – from Take 6, Jane Monheit, Trintje Oosterhuis, and Abaqondisi Brothers – and titles include "Sou Eu", "Tanto Amor", "Meu Espelho/Crystal Clear", "Tchau Tristeza", "Maos De Fada", "No Tomorrow/Acaso", and "Dandara".  © 1996-2022, Dusty Groove, Inc.

Quem Sou Eu?
Philips (Brazil), 1972. Used
CD...$19.99
One of Ivan Lins' first albums – and a landmark set of MPB! The record shows a lot of strands of influence from the Milton Nascimento, Lo Borges, and Minhas Geraes camp – and it shares much of the same sense of jazzy scoring with the work of those artists. But most important is Lins' ... CD

Acariocando
EMI (Brazil), 2006. Used
CD...$11.99 18.99
Always-great work from Ivan Lins – one of the few Brazilian artists who never falters as the years go on! If anything, Lins has grown into a maturity that fits his songs almost even better than back in the 70s – a sense of wisdom and presence that really serves his lyrical talents ... CD

Cantando Historias
EMI (Brazil), 2004. Used
CD...$2.99
One of the greatest albums we've heard in years from Ivan Lins – a wonderful live recording that's done with a really personal and honest quality that returns Lins to the glory of his 70s years! The instrumentation alone is a key factor of the set's greatness – as the tunes feature ... CD