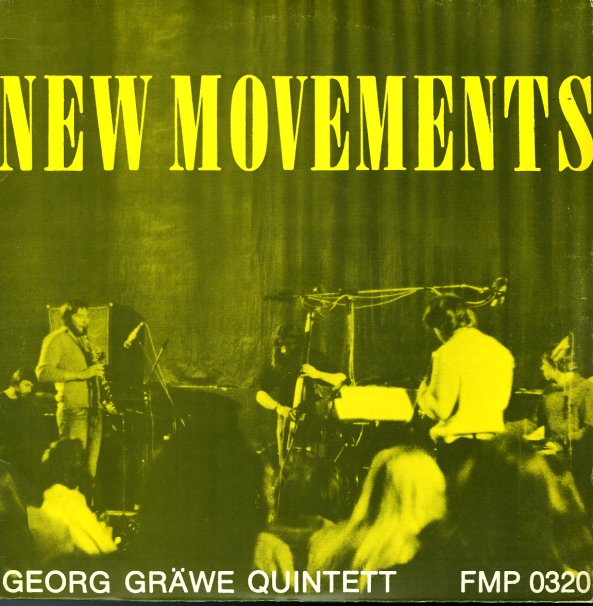 A record that really takes its title seriously – as this debut by pianist Georg Grawe definitely marks a new movement in free jazz – work from some slightly younger players who maybe open up with even more intensity than the founders of the movement – completely breaking down any expectations of what you might get from a quintet that seems to otherwise feature familiar jazz instruments! Grawe has a monstrous approach to the piano – really taking on the instrument with unbound frenzy, alongside Harald Dau on tenor and soprano sax, Hort Grabosch on trumpet, Hans Scheider on bass, and Achim Kramer on drums – a group who at times seem to try for some more composed modern jazz conceptions at the start of a tune, but quickly break out and really revel in the group freedom of the performance! A key record in the second chapter of FMP – and titles include "New Movements", "Green Screen", and "V 626".  © 1996-2022, Dusty Groove, Inc.