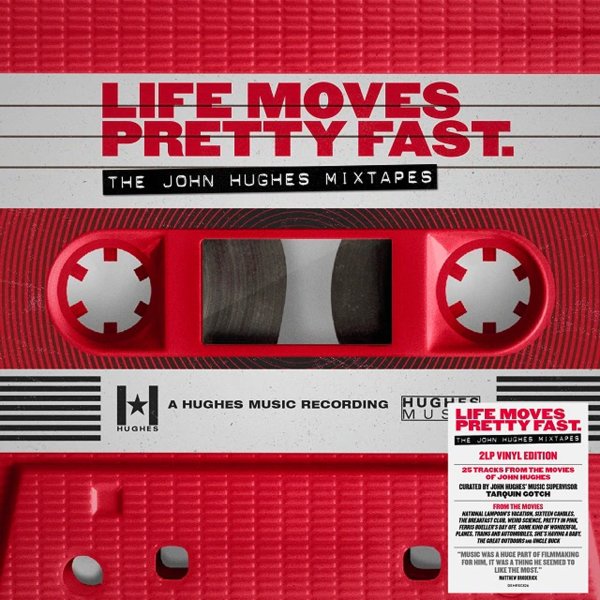 Director John Hughes gave the world some pretty great movies back in the 80s – and in most of those movies, music was a very big part of the experience – as Hughes had a way of using just the right songs in just the right moments, and also helped get wider mainstream exposure for some of the hipper acts of the time! This package is a great tribute to the kinds of cuts that Hughes would use – some done especially for his films, most from other records but used in key scenes – in a package that collects together songs from films that include Some Kind Of Wonderful, Ferris Bueller's Day Off, Pretty In Pink, She's Having A Baby, Weird Science, Sixteen Candles, The Breakfast Club, and Planes Trains & Automobiles. 2LP version features 25 cuts in all – with titles that include "Do Anything (soundtrack version)" by Pete Shelly, "Eighties" by Killing Joke, "Full Of Love" by Dr Calculus, "Beat City" by Flowerpot Men, "She's Having A Baby" by Dave Wakeling, "I Go Crazy" by Flesh For Lulu, "Don't You Forget About Me" by Simple Minds, "If You Leave" by OMD, "This Woman's Work" by Kate Bush, "Oh Yeah" by Yellow, "Pretty In Pink" by Psychedelic Furs, "Brilliant Mind" by Furniture, "Six Days On The Road" by Steve Earle, "Crazy Love" by Bryan Ferry, "You Just Haven't Earned It Yet Baby (soundtrack version)" by Kirsty MacColl, "Please Please Please Let Me Get What I Want (inst)" by Dream Academy, "Tenderness" by General Public, "Bring On The Dancing Horses" by Echo & The Bunnymen, "Can't Help Falling In Love" by Lick The Tins, "Weird Science" by Oingo Boingo, "Left Of Center" by Suzanne Vega & Joe Jackson, and "If You Were Here" by Thompson Twins.  © 1996-2023, Dusty Groove, Inc.

Exile On Main Street (180 gram pressing – half speed master)
Universal, 1972. New Copy 2LP Gatefold
LP...$36.99 39.99
The Rolling Stones at their rawest, most shambling, sleazy and brilliant – the epic, unimpeachable Exile On Main Street! What can we say about one of the most iconic LPs of all time other than chime in with our agreement that it's one of the greatest rock albums ever! Big choruses come and ... LP, Vinyl record album

Violent Femmes (180 gram pressing)
Slash/Craft, 1982. New Copy (reissue)
LP...$26.99 28.99
A surprising classic from the early 80s underground – a record that came to the world from the scene in Milwaukee, where neither the group nor the rest of the world would have expected the album to have such staying power over the decades! And yet, from the very first needle drop, it's hard ... LP, Vinyl record album