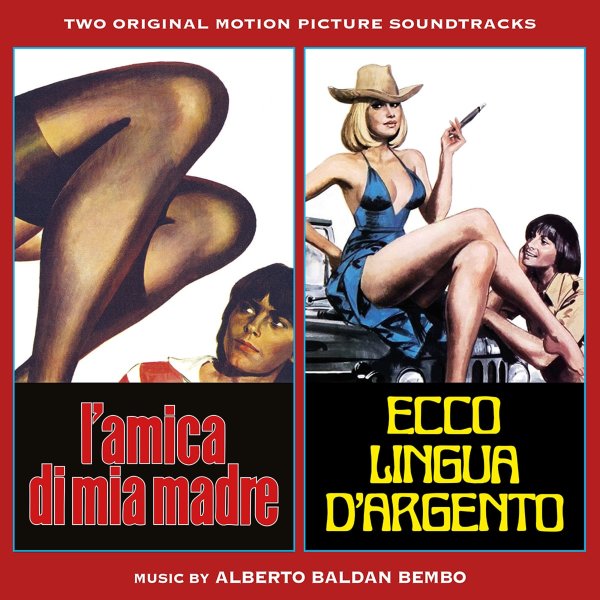 Two incredible soundtracks from this overlooked Italian maestro – a real master of sexy grooves in the 70s! First up is L'Amica Di Mia Madre (aka My Mother's Friend) – one of the greatest moments ever from Italian soundtrack composer Alberto Baldan Bembo – an artist with a great talent for combining warmth and a groove – using subtle strings over rolling basslines and sweet keyboards – all to wrap things together in a really fantastic sound! There's a mix of acoustic and electric elements on most tracks – strong trombone solos in many parts, which up a jazzy element, almost with a Raul De Souza sort of sound – and the keyboards are offset by nice moments on vibes and percussion as well. Titles include "Tema Di Andrea", "Abat Jour", "Pedro Come", "Linda", "Club Moreno", "Blue Velvet", "Cavallo Blu", and "Gonzalez Go". Ecco Lingua D'Argento is great too – a totally groovy album from the 70s – the kind of record that really matches the highest Italian cinematic standards of the time! Bembo has this way of mixing floating instrumental currents with deeper rhythmic grooves – sometimes upbeat, but often more comfortable in a slower funk mode – which perfectly fits the blend of sweeping strings, keyboards, and wordless vocals that sometimes grace the tunes – all served up in modes that are never too electric, never too acoustic – just perfectly balanced throughout! Titles include "Tema Di Nadia", "Samoa", "Sweet Oasi", "Green Sea", "Mubu", "Love In Sahara", "Savana", and "Oblo".  © 1996-2022, Dusty Groove, Inc.
(Limited edition of 300!)