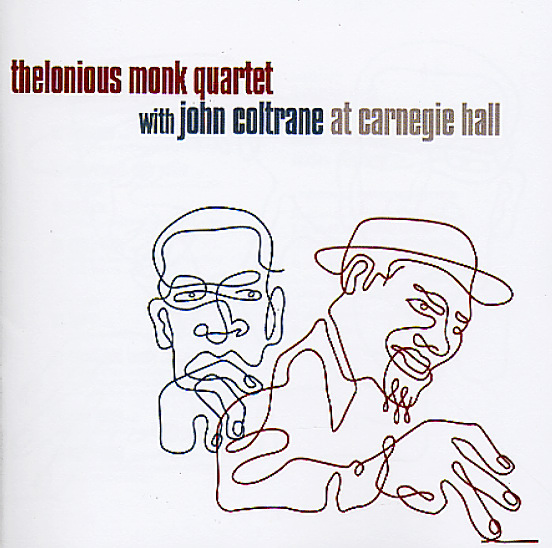 A rare gem of a session – live material recorded by the Voice Of America in 1957, and featuring a unique Thelonious Monk quartet with John Coltrane on tenor! The performance is contemporaneous with Coltrane's appearance on the legendary Monk's Music album for Riverside – and the overall feel here is a bit similar to that classic. Yet the live setting also allows Coltrane to open up and improvise a lot more – stretching out in fluid lines that are often a strong contrast to the more angular notes coming out of Monk's piano. Rhythm is by the team of Ahmed Abdul-Malik on bass and Shadow Wilson on drums – and titles are broken up into an "early show" and "late show" – 9 numbers in all that include "Bye-ya", "Epistrophy", "Nutty", "Crepuscule With Nellie", "Monk's Mood", and "Evidence".  © 1996-2022, Dusty Groove, Inc.
(CD is copy protected.)