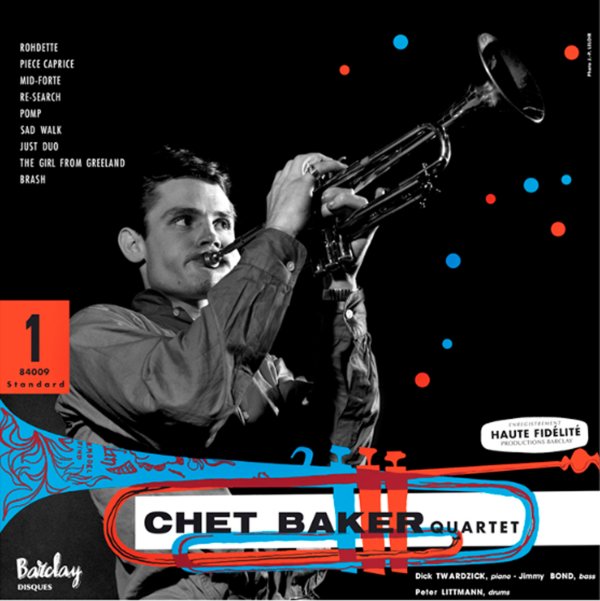 Fantastic French material from Chet Baker – one of his legendary albums recorded for the Barclay label in Paris – and a set that's noteworthy for also featuring work from modern jazz pianist Richard (Dick) Twardzik – who passed away shortly after the sessions! The pairing of Baker and Twardzik is one of the best of Chet's 50s years – and the group here is rounded out by the excellent Jimmy Bond on bass, and Peter Littman on drums. There's a nice bite to the set – a bit more than some of Baker's west coast material from the year or two before – and there's also an undercurrent of some of the soul that would emerge in his solos in coming years. Titles include "Rondette", "Piece Caprice", "Sad Walk", "Mid Forte", "The Girl From Greeland", "Just Duo", and "Pomp"  © 1996-2022, Dusty Groove, Inc.
(Great pressing – in a flipback cover, just like a vintage French album!)