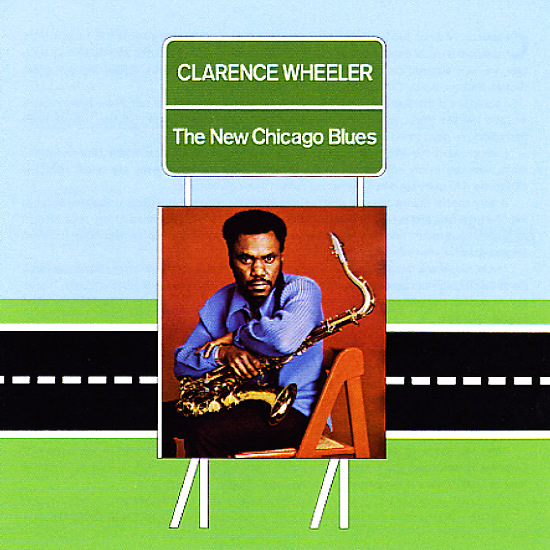 No blues at all – despite the title – and a great set of tracks that showcases the southside Chicago tenor roots of Clarence Wheeler! The album's a bit different than the first two Wheeler albums for Atlantic – in that the group's slightly bigger, and more 70s electric overall – opening up a bit from the small combo club mode that Clarence brought into play, but still keeping things soulful and edgey throughout! At times, the backings even get a bit ambitious – almost hinting at a Cadet Records vibe – with arrangements by Wheeler, Reggie Boyd, Ken Chaney, and Sonny Burke. All players are Chicagoans, and include Louis Satterfield on bass, Sonny Burke on organ and electric piano, Henry Gibson on percussion, and Larry "The Lar With The Flair" Frazier on guitar. Titles include "Kuumba", "Miss Gee", "Oblighetto", "How Could I Let You Get Away", and "New Chicago Blues".  © 1996-2023, Dusty Groove, Inc.