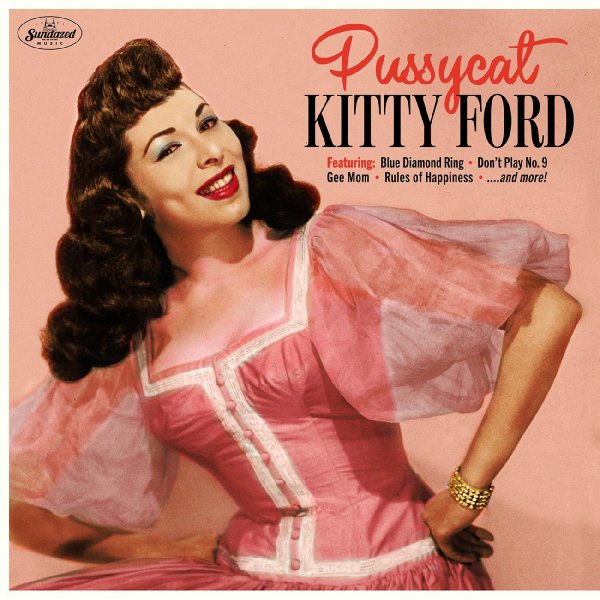 A lost second chapter in the career of Mimi Roman – a singer best known for her groundbreaking country and rockabilly material for Decca in the 50s, but one who had a much greater range than most knew at the time! The material here features Mimi as Kitty Ford – a playful female vocalist running through a groovy blend of jazz, pop, and rockish styles from the early 60s – material that was mostly unissued at the time, but which is all pretty darn great! There's a real Brill Building feel to most of these tracks – and although much of the material comes from Kitty/Mimi's own archives, it got top shelf treatment at the time – demos recorded with good production and instrumentation, at a level that makes this whole package feel like discovering a whole pile of lost girl pop singles from the 60s! Titles include "Sisal Twine", "Pachanga", "Pussycat", "Think", "Blue Diamond Ring", "Gee Mom", "I Can't Run Away", "Sad Sad September", "Big Shot Nothin Bringer", "When You Hurt Me I Cry", and "My Feelings For Charlie Changed".  © 1996-2022, Dusty Groove, Inc.

I Don't Worry About A Thing (gold vinyl pressing)
Atlantic/Modern Harmonic, 1962. New Copy (reissue)
LP...$23.99 24.99 (CD...$4.99)
Early Atlantic Records work from the great Mose Allison – easily one of the most unique jazz artists of his time! Most started out as a pianist with a nicely bluesy vibe, but soon added in this excellent vocal approach that was maybe part New Orleans, part New York hipster – delivered ... LP, Vinyl record album