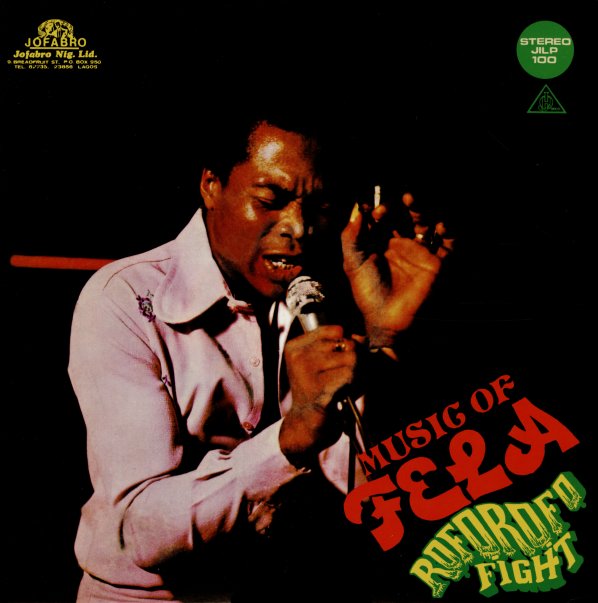 A brilliant album from Fela – and one that shows him really coming into his own, with that tremendous new sound that would go onto influence decades of musicians! The title track – "Roforofo Fight" – is a side-long jam that instantly sets a new standard for African funk – skittish drums, a sweet keyboard line that snakily sets the groove, and a wonderful long alto solo that's got even more raspy soul than Fela's vocals! Those vocals are sometimes more broken up, verbally – and have an instrumental quality at the start – then lay into the lyrics later, with some great supporting backup. The flipside features the side-long "Go Slow" – a tune that layers and layers sounds as it moves on – from an initial thin keyboard line, to a rumbling bassy blend that has lots of room for the horns and vocals!  © 1996-2023, Dusty Groove, Inc.
(Heavy 2LP pressing – on limited colored vinyl!)