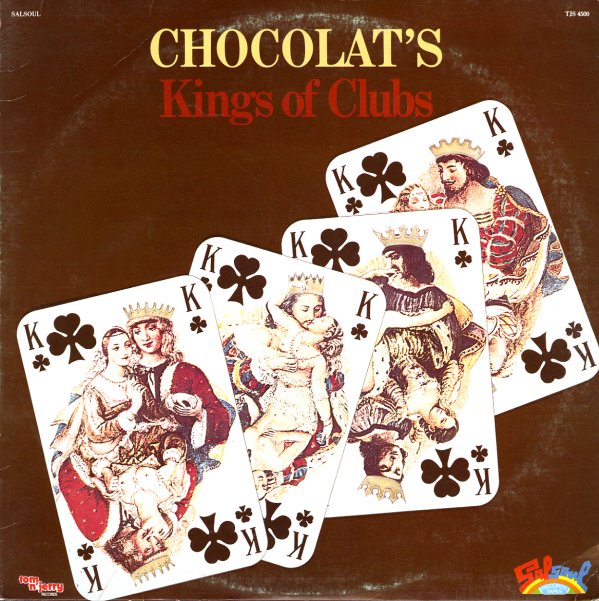 A lost groover on Salsoul, with 3 long cuts that all have a solid dancefloor sound! Tracks include the Latin-tinged "El Caravanero", which has a nice organ sound in it; "Orfeu Negro", a disco version of "Black Orpheus"; and the title cut, which runs for 15 minutes on side one.  © 1996-2022, Dusty Groove, Inc.
(Cover has light surface wear and a small tear in the opening. Labels have initials in marker.)

Street Sense (2LP promo version)
Salsoul, 1979. Very Good+ 2LP
LP...$14.99
Brillant work from the Salsoul Orchestra – some of their most sophisticated work ever, and right in line with a soulful orchestral style that runs back through the work of Barry White into the early experiments of the Soulful Strings! The album marks a shift for the group – now led by ... LP, Vinyl record album

Skyyline
Salsoul, 1981. Very Good
LP...$7.99
A stone classic from Skyy – one of those groups who virtually helped invent 80s groove! Like the best of the genre – such as Slave, BB&Q Band, and others – Skyy have a soulful approach that goes way past the simple cliches that other groups were so content to only muddle ... LP, Vinyl record album

Rio De Janeiro
Salsoul, 1978. Near Mint-
LP...$9.99
Disco tunes with a Brazilian spirit – recorded in Philly by Gary Criss, but with all the sunny finish of Copacabana! The tunes were all arranged by John Davis – and have this soaring style that's really great – a mighty vibe that grabs onto all the best Davis energy and moves the ... LP, Vinyl record album

Skyy
Salsoul, 1979. Very Good+
LP...$11.99
Sure, at the time the group's silly costumes and slap-bass funk sound were a bit too much to take – but from the perspective of a few decades later, they actually had a pretty darn nice 80s groove kind of sound, and this first album's not a bad one for the dancefloor. Titles include "Thi ... LP, Vinyl record album