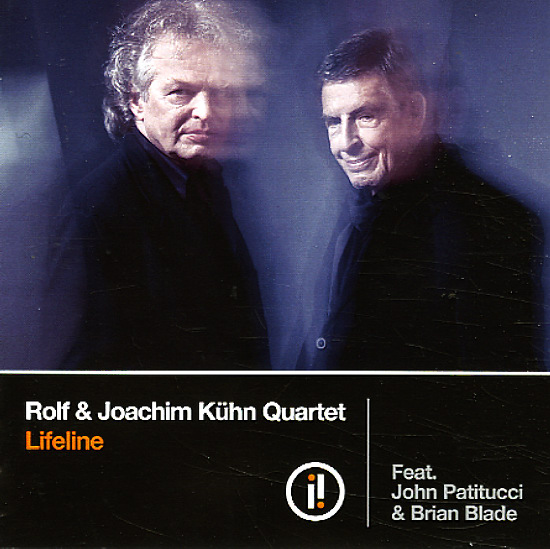 The brilliant return of Rolf and Joachim Kuhn to Impulse Records – and a set that's every bit as their landmark album for the label in the 60s! As with that classic – Impressions Of New York – there's a sound here that's let free right from the start – bold stepping forward by both players, with piano and clarinet interwoven together in lines that are free, yet still have an inherent sort of pulse – guided subtly by the work of John Patitucci on bass and Brian Blade on drums! What's truly amazing is that the Kuhns sound as vibrant, urgent, and potent as ever – as if the passage of decades hasn't dimmed them a bit, and that they're still breaking down barriers of jazz with a record like this. Titles include "Girona", "Lion's Speech", "Mosquitas", "A Little Time Machine", "Light Year", and "Researching Has No Limits".  © 1996-2023, Dusty Groove, Inc.

Crescent (180 gram pressing)
Impulse, 1964. New Copy Gatefold (reissue)
LP...$36.99 38.99 (LP...$24.99)
Sharp-edged John Coltrane at his best – a record that we'd rank right up there with Love Supreme, and which is a key transition point in Coltrane's musical ideas! There's a very strong edge to Coltrane's tone here – and even on the mellower ballads, he plays with a sound not always ... LP, Vinyl record album