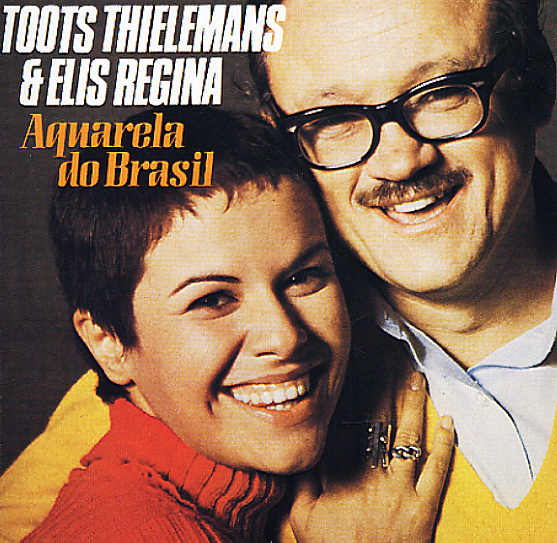 A one of a kind record that still sparkles as brightly today as it did back in the late 60s – an amazing collaboration between Brazilian vocalist Elis Regina and Scandinavian jazzman Toots Thielemans – done in a style that easily makes it one of the best records ever from both artists! Elis is at the height of her jazzy late 60s powers here – working in a soaring, breezy sort of style – but one with a lot more depth and soul than some of her contemporaries. She brings a great deal of feeling to the tunes, but always without doing too much – and this leaves plenty of space for Toots to add his touches – on harmonica, guitar, and even a bit of whistling – which really sits in nicely with the grooves. The production and overall sound is sublime – one of those never matched again sort of studio dates – and titles include great versions of "Canto De Ossanha", "Wave", "Voce", "Wilsamba", "Five For Elis", "Volta", and "O Sonho".  © 1996-2023, Dusty Groove, Inc.