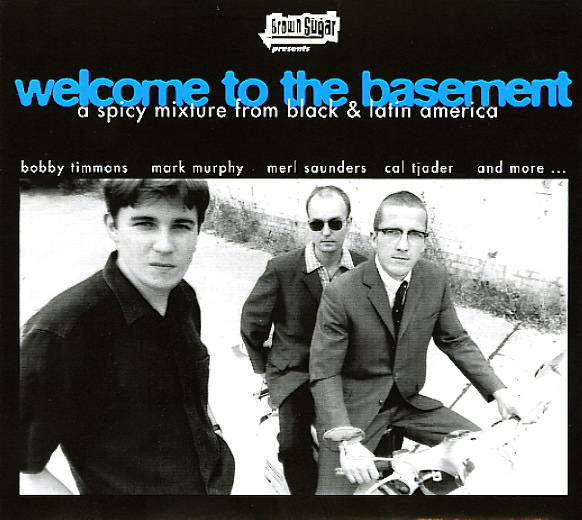 Welcome To The Basement – A Spicy Mixture From Black & Latin America

Don't let the Euro-looking guys on the cover put you off, because this is one massively soulful set – filled with jazzy grooves that are mostly from the good ol' US of A! Most of the work here is from the super-deep Fantasy Records catalog – and much of it is from the 70s too – pulled from that great time when Fantasy labels were mixing up a variety of different influences with older soul jazz modes – touches of Brazilian and Latin rhythms, heavy styles of funk, and even some deeper soul too. LP features 19 tracks in all – including "Welcome To The Basement" by Merl Saunders, "You're So Vain" by David Axelrod, "Goodbye So Long" by Funk Inc, "From The Bottom" by Bobby Timmons, "Boogalooin" by Charles Kynard, "The Riot" by Ed Bogas, "Escravos De Jo" by Dom Um Romao, "Milestones" by Mark Murphy, "Scarborough Street Fair" by Merl Saunders, "Agua Dulce" by Cal Tjader, "Forever & A Day" by Mel & Tim, and "Aye Ma Ma" by Pucho & The Latin Soul Brothers. LP bonus tracks include "Chicken & Rice" by Jack Costanzo and "Samba" by Dizzy Gillespie.  © 1996-2022, Dusty Groove, Inc.