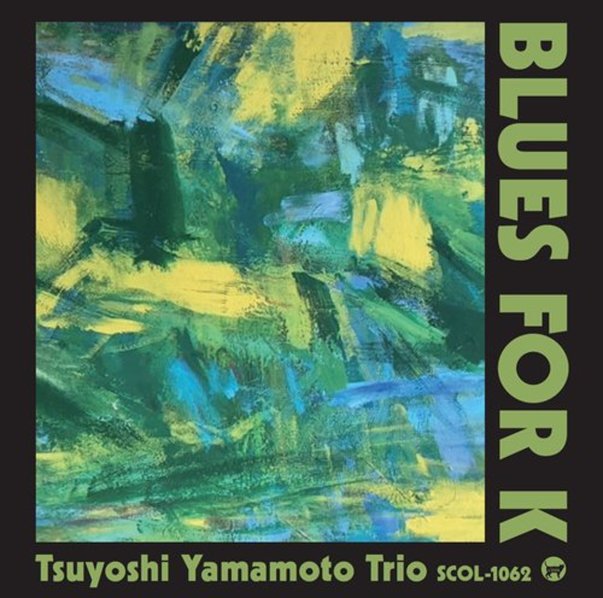 Pianist Tsuyoshi Yamamoto gave us some sublime records in the 70s on the Three Blind Mice label from Japan – and he really continues the spirit of those records here, on a set of tracks that demonstrate that, if anything, his sense of space and timing have gotten even more amazing as the years have gone on! With Yamamoto, it's never a matter of the material he chooses, which is usually common – but the way he puts the tune over while working with a trio – and the way that trio is recorded, which was always a key aspect of Tsuyoshi's records in the 70s. His classic Blues For Tee album was dedicated to his older producer back in the day – as this set is dedicated to Yoshihiko Kannari, who did a great job of capturing the magic from a trio that also features Hiroshi Kagawa on bass and Toshio Osumi on drums. Titles include "You Go To My Head", "Darn That Dream", "Blues In The Closet", "I'm Getting Sentimental Over You", "Love Theme From Sunflower", "Gentle Blues", and "Blues For K". CD features both volumes of the vinyl releases – plus bonus tracks "Misty" and "Midnight Sugar".  © 1996-2023, Dusty Groove, Inc.

Offering/More Offering (with bonus tracks)
International Anthem/Rings (Japan), 2022. New Copy
CD...$29.99 34.99
Photay works here on a host of different instruments, and gets some key help from Carlos Nino on percussion – but in a set that's very much the leader's own! The tracks are mostly instrumental and atmospheric – as Photay handles saxes, electronics, guitar, and piano – on these ... CD

April Fool – Coming Mohammad Ali
URC/Super Fuji Discs (Japan), 1972. New Copy
CD...$26.99 29.99 (LP...$39.99)
An incredible album, and an incredible cultural moment as well – as Japanese avant piano legend Yosuke Yamashita pays tribute to the great Muhammad Ali – on the occasion of his visit to Japan for the World Heavyweight match in 1972! Half the record features instrumental selections with ... CD

Extra Presence
International Anthem/Rings (Japan), 2022. New Copy 2CDs
CD...$28.99 (LP...$27.99)
The music of Carlos Nino has just gotten more and more spiritual as the years go on – and that's really saying a lot, given how spiritual he was right at the start! But with recent records, Nino has transformed from a jazz-inspired musician to maybe more of a sonic astronaut – able to ... CD