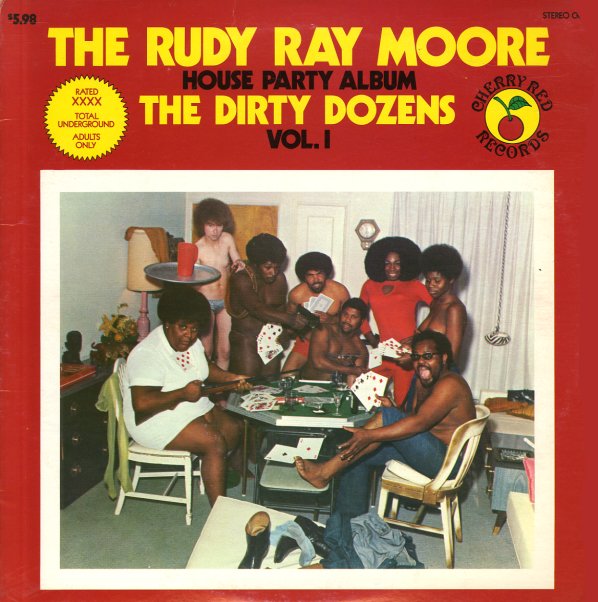 Mid 70s live album by Rudy Ray Moore – and one of the few records of his that we've seen that isn't on Kent. There's a band backing him up, but they're sort of in the background, and you can't hear them that well because Rudy's thundering voice is booming out over tracks like "Hell Of A Blow Job", "Crack Me Some Nuts", "Grow By The Minute", and "Fast Black".  © 1996-2021, Dusty Groove, Inc.

Streaker
Kent, Mid 70s. Very Good+
LP...$14.99
Given that Rudy was appearing nude on album covers for years before streaking became anything big in the US, it was a natural shift for him to focus on the trend! There's not that much music on this one, but the routines are nice and nasty – with Lady Reed joining in on "The Philosophy ... LP, Vinyl record album