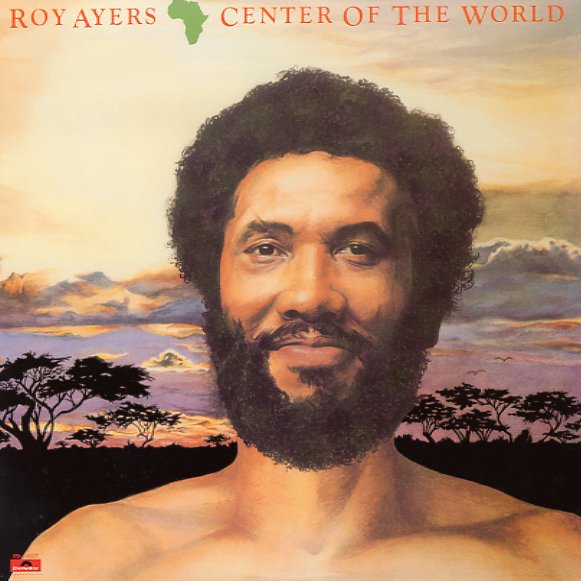 Africa, Center Of The World

Roy Ayers in a very Afro-styled mode – working here on his own after a famous collaboration with Fela Kuti – in a set that's filled with the same sort of hard-driving Afro-Funk grooves that you'd find in Fela's classic recordings! The songs are shorter than Fela's, and with more of Roy's usual smooth jazzy production style – but the overall influence is very much in the Afro-Funk vein, and the album's sort of a "part 2" to the Music Of Many Colors set that was cut a few years before. William Allen worked on the record with Roy – playing choppy Afro-Funk bass, and arranging and producing a lot of the material with Roy and Jaymz Bedford – and the record also features a host of extra percussion players, as well as some vocals by the lovely Sylvia Striplin. Includes the great groover "Africa, Center Of The World", plus "The River Niger", and a great remake of "Third Eye", which was on Everybody Loves The Sunshine, but is redone here with a heavier sound! Other tracks include "There's A Masterplan", "I'll Just Keep Trying", and "Destination Motherland".  © 1996-2021, Dusty Groove, Inc.
(Includes the printed inner sleeve. Vinyl has a press flaw that clicks a bit on "Africa, Center of the World". Cover is in great shape.)