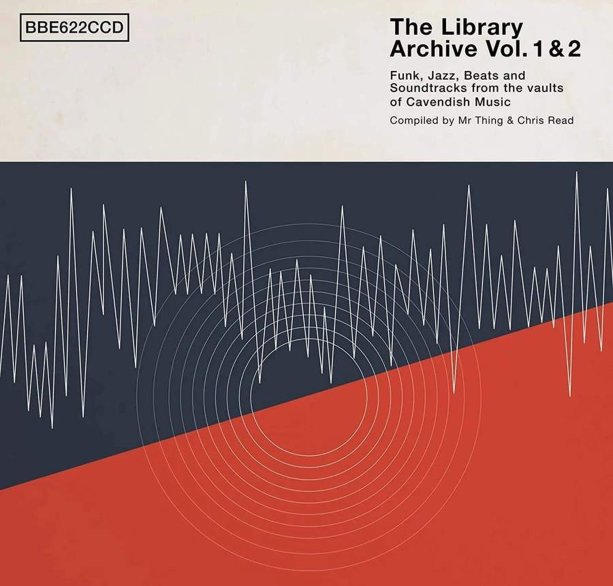 Brilliant funky instrumentals from the UK Cavendish Sound Library – a company who could sometimes recorded more staid music, although that certainly wasn't the case with the gems on this collection! The music is by a handful of British studio talents of the time – most of whom come from the jazz scene in earlier years – and provide a great update of their earlier talents with some very sweet electric touches! Many of these tunes have some really great keyboards – Fender Rhodes or even moogier elements – and many also have wicked basslines next to the funky drums, which really make things kick throughout. These tunes are vastly undiscovered – at least in comparison to better-known sound library funk from companies like KPM or DeWolfe – but we'd put these grooves right up there with the best of that bunch too. Titles include"Milky Way" and "Star Voyage" by John Scott, "Two Bars" and "The Scape Goat" by Pete Moore, "The Big Score" by John Cacavas, "One Way Trip" by Sam Fonteyn, "Smile Of A Stranger" by Dominic Sands, "Riff Raff" by Geoff Bastow, "Come Cuban" by Edward White, "Kaleidoscope" by Tony Kinsey, "Funk" and "Rock" by Chris Barron, "Equation" and "Mad Mendoza" by Trevor Duncan, "Leagueliner" by Ray Davies, "Diraffe" by Bob Adams, and "Self Deception" by Tany Turens – and lots of titles by Dennis Farnon that include "Night Shade", "The Rally", "Southbound", "Snowmobile", "Night Driver", "The Trackers", "Lady Killers", "Soul Type Blues", "Shanghai Caper", "Cocoanut Cocktail", "Bass Bits", "Chameleon", "Crazy Legs", "Blues For Boo", "Baltic Caper", "Test Drive", and "Nuremberg Ring".  © 1996-2022, Dusty Groove, Inc.

Astromusic Synthesizer
Fifth Dimension (Germany), 1981. New Copy
CD...$3.99 16.99
A record that definitely lives up to its name – given its blend of synthesizer sounds, and it's musical approach to the twelve segments of astrology! Each track has a different astrological sign as its title – "Virgo", "Taurus", "Cancer", "Scorpio" ... CD

L'Uomo Elettronico – Cosmic Electronic Environments From An Italian Synth Music Maestro 1972 to 1983
Four Flies (Italy), 1970s/Early 80s. New Copy
CD...$22.99 (LP...$32.99)
Weird and wonderful sounds from a very electric man – the mighty Piero Umiliani, an Italian composer who first rose to fame for a set of groundbreaking film scores in the 60s – then moved into even more experimental sound library work in the following decade! This set has Piero working ... CD