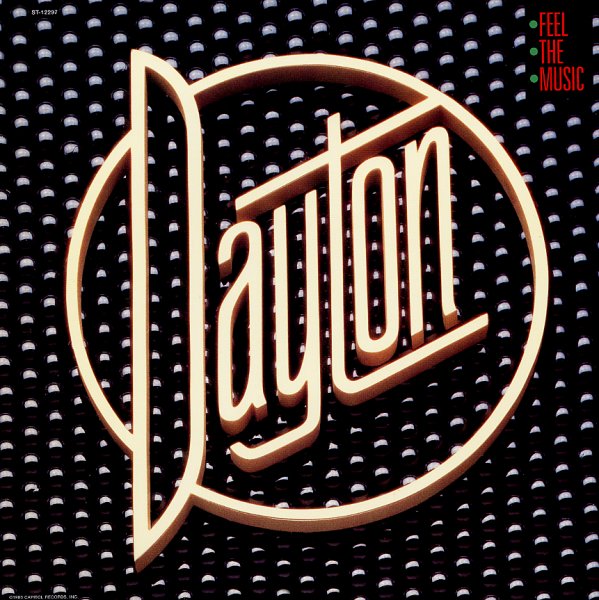 A massively wonderful album from Dayton – an album that has the group really getting their groove together – still sticking a bit in the older funk mode from the past, but also bringing in some warmer, deeper touches to their music too! There's a solidness here that's undeniable – a balance of rhythms and instrumentation that few other soul groups of the time were hitting – topped by vocals that have a nice dose of jazz in the mix too, with the sort of sophistication you might expect to hear from some of Wayne Henderson's At Home productions. Production is nice and warm, never too cold or commercial – and titles include the group's great cut "The Sound Of Music" – not the theme from the Broadway show, but a great two-stepper that's instantly infectious – plus "Caught In The Middle", "It Must Be Love", "Promise Me", and "Lookin Up".  © 1996-2022, Dusty Groove, Inc.

Just The Way You Like It (with bonus tracks)
Tabu/Universal (Japan), 1984. New Copy
CD...$12.99 14.99
Just the way we like it from SOS Band – tight, but never too uptight – grooving, but never too over the top either – and with plenty of room for mellower moments that really round the album out nicely! The set's got SOS right at the height of their famous run for Tabu Records ... CD

El DeBarge
Gordy/Universal (Japan), 1986. New Copy
CD...$12.99 14.99
The debut solo album from El DeBarge – issued after a strong run of group records with the other members of his family, and a set that really let him take the lead with his warmly flowing vocal style! El's still a bit young at this point, but carries himself off like a real professional ... CD